The Autumn coolness incites flannel and sweaters. This is also the time many men contemplate growing a winter beard to keep the frozen future at bay. Images of pirates, mongols, Paul Bunyan or wise Gandalf may come to mind.  They provide both warmth and a sense of intimidation. “Washes and razors for foofoos,” scoffed Walt Whitman.

In Celtic tribes, for example, the beard was so revered that Otto the Great swore by his beard whenever he had something of great seriousness and importance to say. If men were to have to swear on their facial hair today, the world might be a much more honest and trustworthy place. Beard History – The Importance of Beards Throughout History 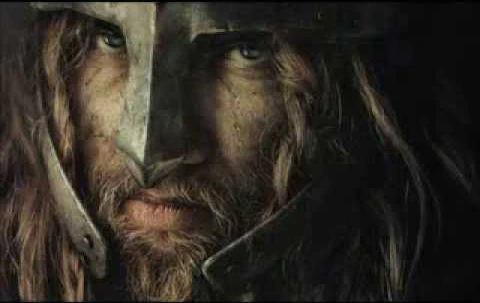 My husband grew a beard in the early 80s while we attended Concordia University, Nebraska. Although he was a student in his early 30s, many other students mistook him for a professor when he sported his beard. I was not the biggest fan. Beards can be a bit bristled and scare children.

During the 100 year anniversary of Bethalto, IL in 1954, they sponsored a beard growing contest as a way of commemorating their centennial heritage. Men and women dressed in 1850s attire. My parents, only seniors in high school, were immersed in the activities. Mom wore a vintage dress made by her future mother-in-law, my grandma Dorothy Neunaber and dad attempted to grow a beard. It turns out that my maternal grandfather, Charles Otto Williams, won the contest and received several silver dollars for his prize. He gave one each to his grandchildren but I doubt if any could be found amongst us today.

Beards and beard contests are still popular among many. If you are interested in competing, you may try the Beardaholics website. Top 9 Beard Competitions – How To Enter, Rewards, Categories and More.  Some notable American beards are Chuck Norris, Ernest Hemingway, Grizzly Adams, and Ansel Adams.

Formidable beards are acknowledged in most European cultures. Two notables in Germany are Alfred von Tipitz, General Admiral of the German Navy and Johannes Brahms, the 1800s composer. (Sorry no pictures because of web security.)

However the most fascinating beard story from Germany must be that of Hans Steininger, a 16th century mayor of Braunau am Inn. His four and a half foot beard tripped him as he fled down the stairs to escape a nighttime fire. The popular mayor broke his neck. A sample of his 450 year old beard is still on display in the local museum. There is also this stone relief of Steininger on the side of St. Stephen’s Church as a tribute to the man who was killed by his own beard.1

Whether you are a fan of beards or not, I know most young men try to grow one at one time or another. Look back at family photos and I am sure you will find a few beards gracing the menfolk there.