If you showed up to Munich today to join in the Oktoberfest activities for the year, you would make it to the last day. What? It’s only October 3. I know. However, Oktoberfest ends the after first Sunday in October and if you wanted to sit in one of the many beer tents with friends, the festivities started a couple weeks ago.

We rolled into Munich just as Octoberfest ended in 2010. No worries. We did not expect to be there during Octoberfest. There were some good deals on t-shirts and souvenirs though. I did buy a dirndl, but I miscalculated the size and have only been able to squeeze into it a time or two all these years since. And believe me, you do not want me spilling out of it like the lass in this picture.

The origin of the first Octoberfest was not a beer drinking folk festival but revelry for the wedding of Bavarian Crown Prince Ludwig I and Theresa of Sax-Hildburghausen on October 12, 1810. Everyone was invited to the festivities and the horse races. The townspeople enjoyed it so much they decided to make it an annual event.

Eventually, the Germans moved the celebration up a few weeks to enjoy the fall harvest and better weather. The event has evolved somewhat over the years, but it grows as a celebration every year. It has only been cancelled 25 times over the years because of war or disease. 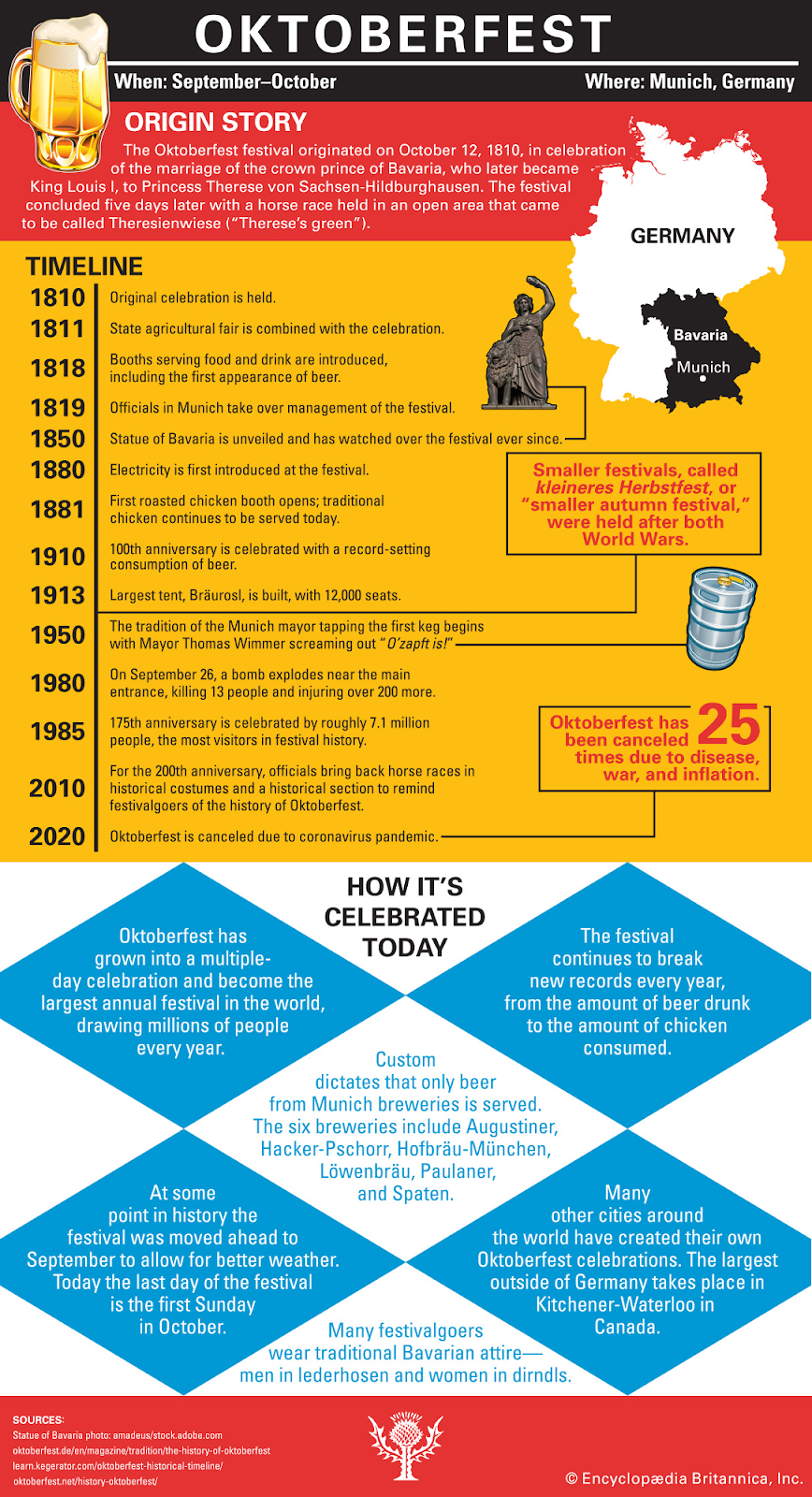 The American Oktoberfests are almost completely in October, however. You may be surprised that several of the popular Oktoberfest’s in the US are in the western states since most the German immigrants settled in the east and midwest. I have been to the one in Leavenworth, Washington. Perched among the snow-clad peaks of the Cascade Mountains, the old-world Alpine-style village draws local vendors, artists, and crafters who come to showcase their Bavarian-themed wares in front of large numbers of locals and visitors alike. Highlights include the obligatory mouth-watering brats, and there’s even a dedicated drop-in ‘Kinderplatz’ (nursery) to keep your little ones entertained while you shop for souvenirs. 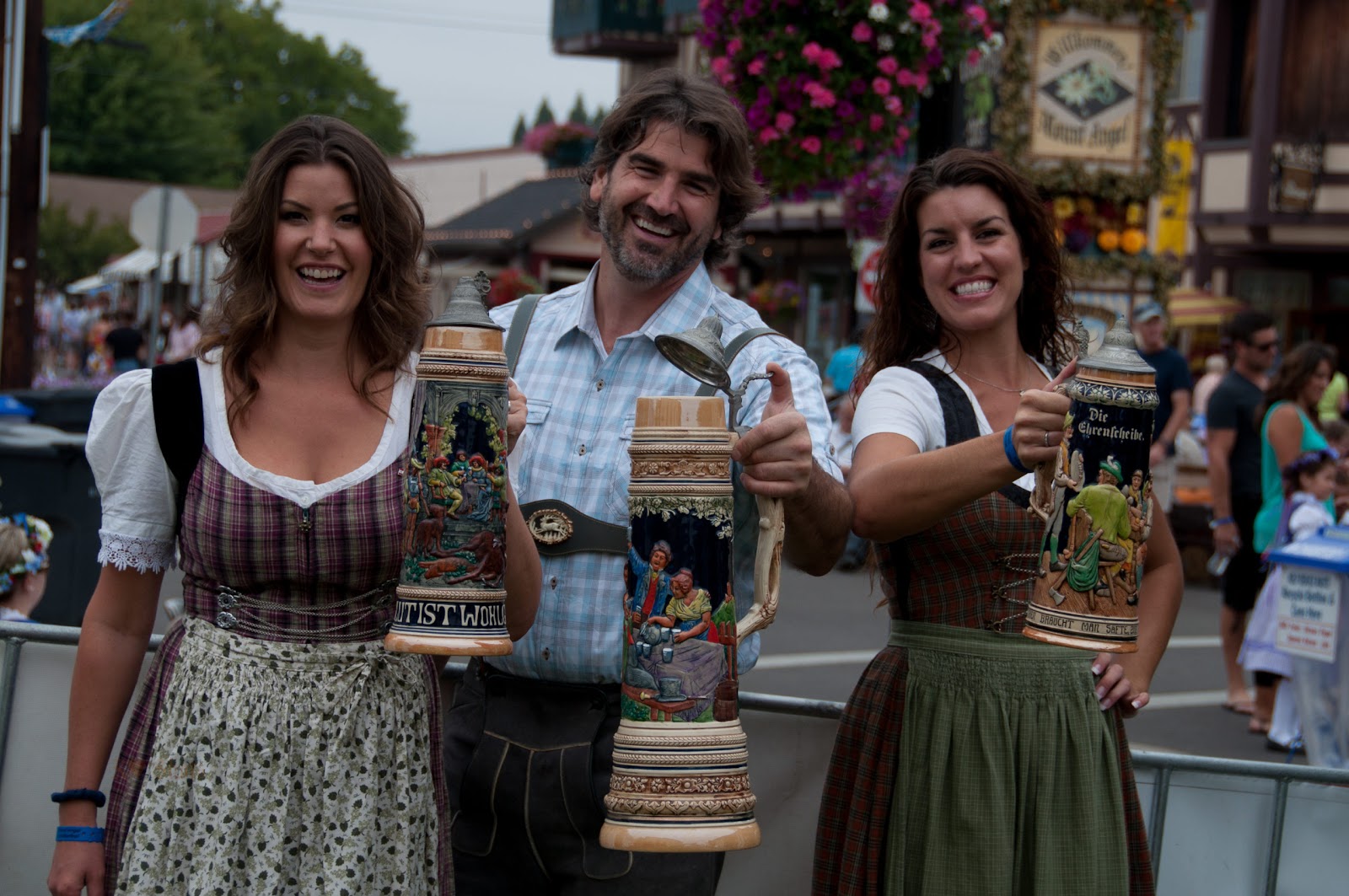 Another one, not far from my home is Mount Angel, Oregon. I have not been there, but it is purported to be visited by 350,000 people.  Revelers visit for the culture and stay for the fun, with each of the four days beginning with a traditional ‘webertanz’. Visitors can also view the Maibaum and Fruchtsäule as they stroll the 50 food booths disguised as alpine chalets., while five biergartens showcase German beers, wines and local craft brews. Entertainment is nonstop and varies from alphorns to alpine rock, to enjoy a polka, to watching gentleman perform the schuhplattler. Adding to the occasion, the Glockenspiel displays the town history every hour. 12 of the Most Authentic Oktoberfests in the United States (travelmag.com)

Many smaller festivals dot the U.S. and some U.S. brewers have their own Oktoberfest beers to supply these events. For those looking for the best, most authentic take on the Oktoberfest style, there was a blind taste test of ten well-known American Oktoberfest-style craft beers you can check out. You can visit the website to see how each one fared in the taste test.

.Who Makes The Best Oktoberfest-Style Craft Beers In America? Our Blind Taste Test Has The Answer (uproxx.com)

I saw this advertisement today for a brewer’s promotion in Boise. 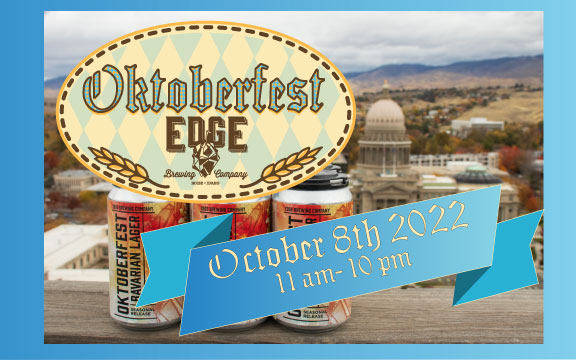 So there really are no rules about when you can celebrate this fall beer festival.

2 thoughts on “September Fest or Oktoberfest”