This past week, my husband and I had a chance to visit some family we have not seen since before the pandemic. One evening, my brother-in-law pulled several boxes of board games from the closet for our entertainment.

The game that was chosen was a German game called Karuba. The players imagine they are exploring a jungle like a modern Indiana Jones searching for temple ruins. Your team of four explorers search for temples that match their explorer’s color.  In order to reach the temple, they must first lay pathway tiles on your individual board for the explorer to follow. Since you do not know which way the next path tile will head, much luck and some strategy is involved in placing them in the proper places to connect with your target temple. The first one to reach all four temples wins the game. 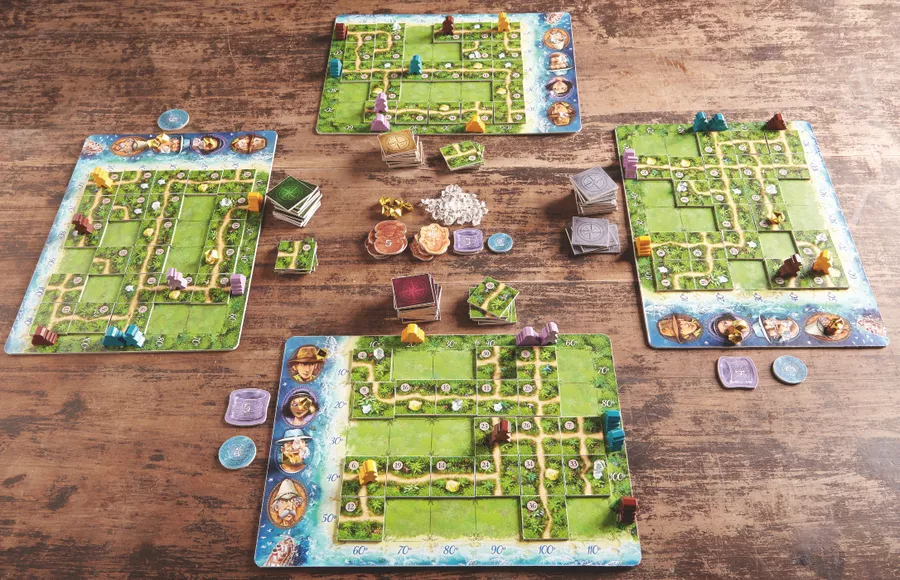 Karuba was nominated for the Spiel des Jahres Game of the Year Award in 2016. The German board game competition is awarded to tabletop games which Germany continues to dominate. Just being nominated can boost sales 10,000 units. Whereas winners, can sell between 300,00 to 500,000 extra copies. One of These Awesome Board Games Will Be Named Best Game of the Year (inverse.com)

Karuba was created by Dom Rudiger and is a family-friendly adventure game. The explorer collects points in tile-laying game in search of their temple to win the games. This involves strategy and critical thinking which Spiel des Jahres considers when looking for a unique game.

Another game that my family enjoys is a 2004 Spiel des Jahres winner. The series of Ticket to Ride games have become so diverse you can find them for most regions of the globe now. We have them for the United States, Europe, and New York amongst the family members, maybe more. Ticket to Ride was also earned the 2004 Origins Award for the Best Game Board and the International Gamers Award for general strategy games. Why Is Ticket To Ride So Popular? (How Popular Is It?) – Toyz School 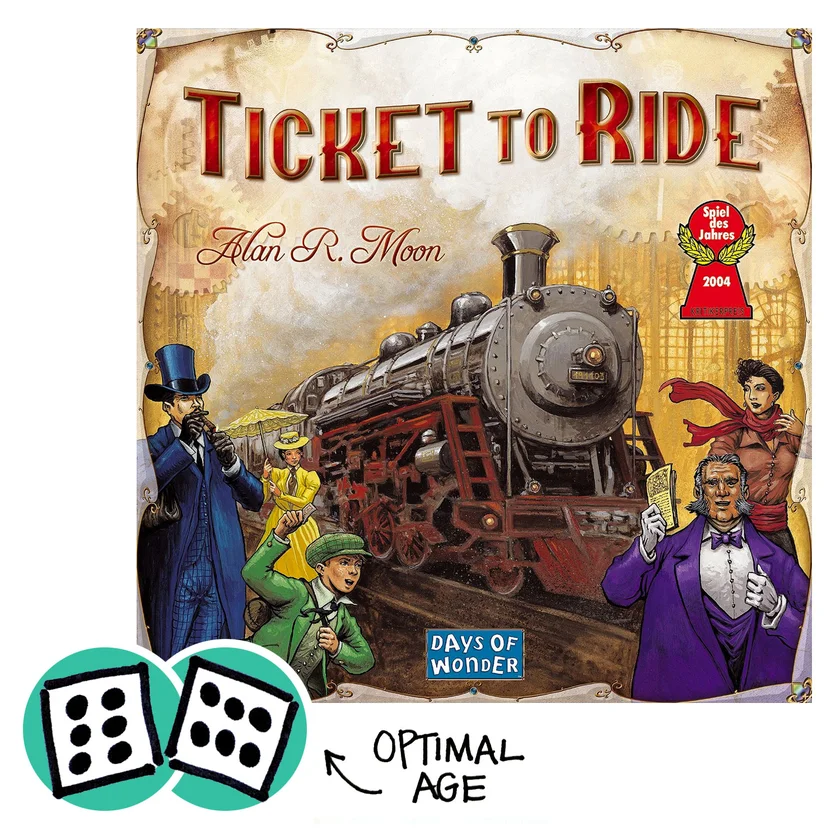 The railway- themed (although some boards use taxis or ships) game was designed by Alan R Moon. In Germany it is known as Zug um Zug, and it has other international names for the French, Spanish, Polish, and Finnish versions.  Ticket to Ride (board game) – Wikipedia On our Panama Canal cruise, there was a family playing this on deck for a number of days. The picture included here is of a Ticket to Ride Rails and Sails game played at the annual board game festival in Kaapelitehdas, Helsinki. 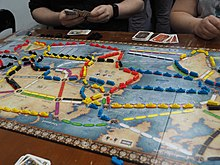 Germany purchased more board games per capita than any other country as of 2009. http://archive.wired.com/gaming/gamingreviews/magazine/17-04/mf_settlers?currentPage=all  The US and the UK are niche markets from many of the Eurogames. https://en.wikipedia.org/wiki/Eurogame

Ticket to Ride was later available for internet downloads. This contributed to the game being more popular with millions of players playing the game over 100,000 times. Some play over 40 hours a week. The online version helped to increase sales by 30%. More awards were added for Best Strategy Game and Reader’s Choice Awards.  Why Is Ticket To Ride So Popular? (How Popular Is It?) – Toyz School

In case you think playing board games are out of vogue, think again. As the weather sours and entertainment returns indoors, check the closet for some of those favorite board games you enjoyed as kids or purchase something new to teach to the next group of friends that come over for an evening. Little did you know, it is also a very German thing to do.