Wandering the streets of an unfamiliar town can present some surprising rewards. Although authorities try to stem the taggings of graffiti artists, other outdoor walls have begun to beautify cities world-wide with fantastic murals.

Decorating wall of buildings with art is not a new concept however. There is a preserved mural on the side of a building in Vienna that dates back to 1509. It is a silly painting of a cow playing backgammon with a wolf. In the background is a man with a whip or flyswatter. Some think it is an allegory depicting the tensions between Protestants and Catholics of the time. The man in the background may be waiting to take the hide off the loser. Wolf and Cow Playing Backgammon Mural – Vienna, Austria – Atlas Obscura

The original house would have been covered with scenes of medieval life but the refurbishing in the 18th century left only the backgammon game. This reminds me of our time in Oberammergau, Bavaria and the wonderfully decorated buildings there. 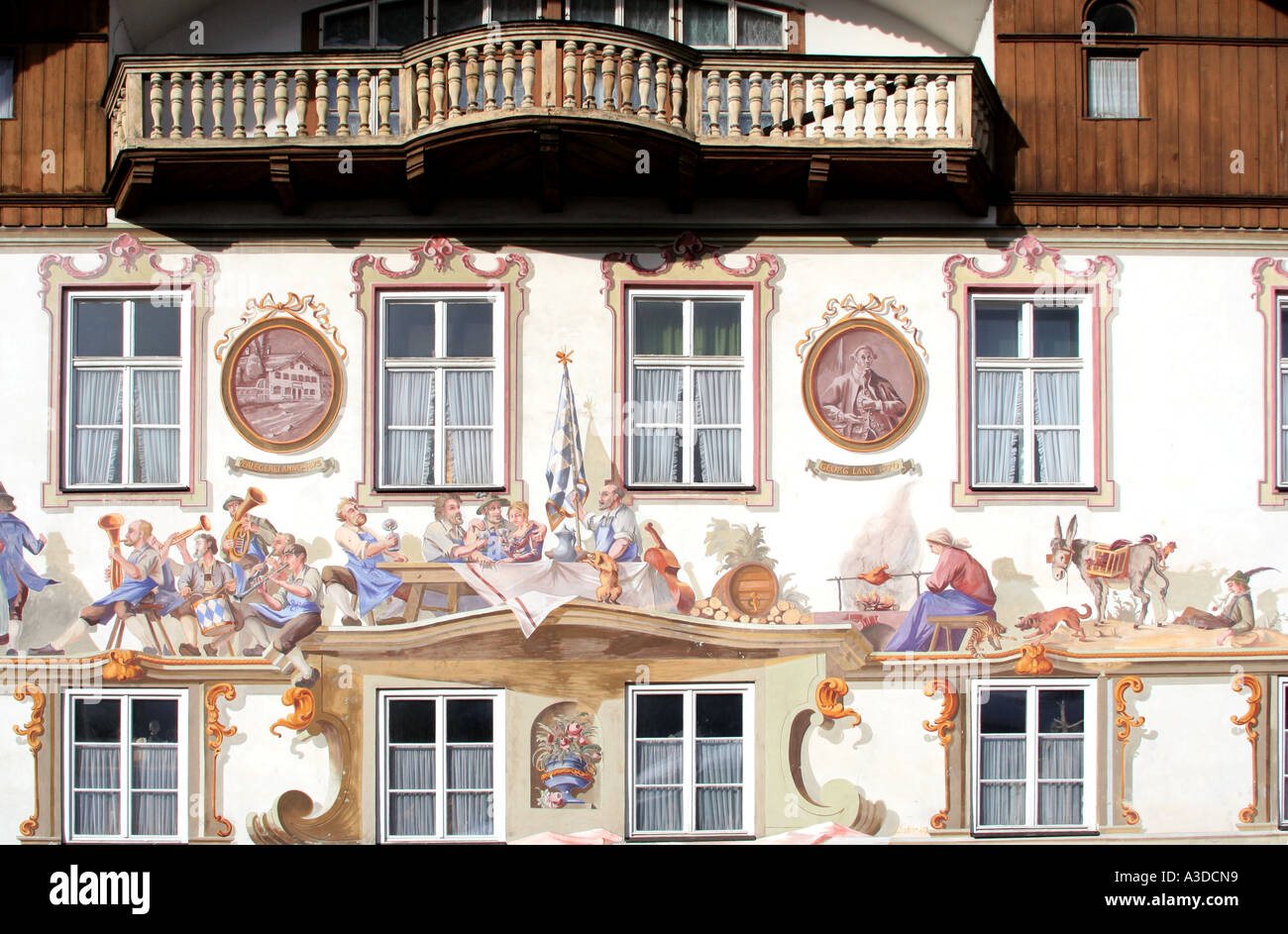 Even though many communities are commissioning artists to create happy murals throughout their towns to uplift their citizens, many of the murals also are there to make a statement. Artist Dmitry Vrubel, painted his 1990 mural on the Berlin Wall depicting the Soviet and East German communist leaders kissing. Title, God! Help Me to Survive This Deadly Love, you can see by the phot taken in 2005 that it was a target for graffiti vandals. Vrubel died recently from COVID-19 complications at age 62.  ArtReviewNews15 August 2022artreview.com. 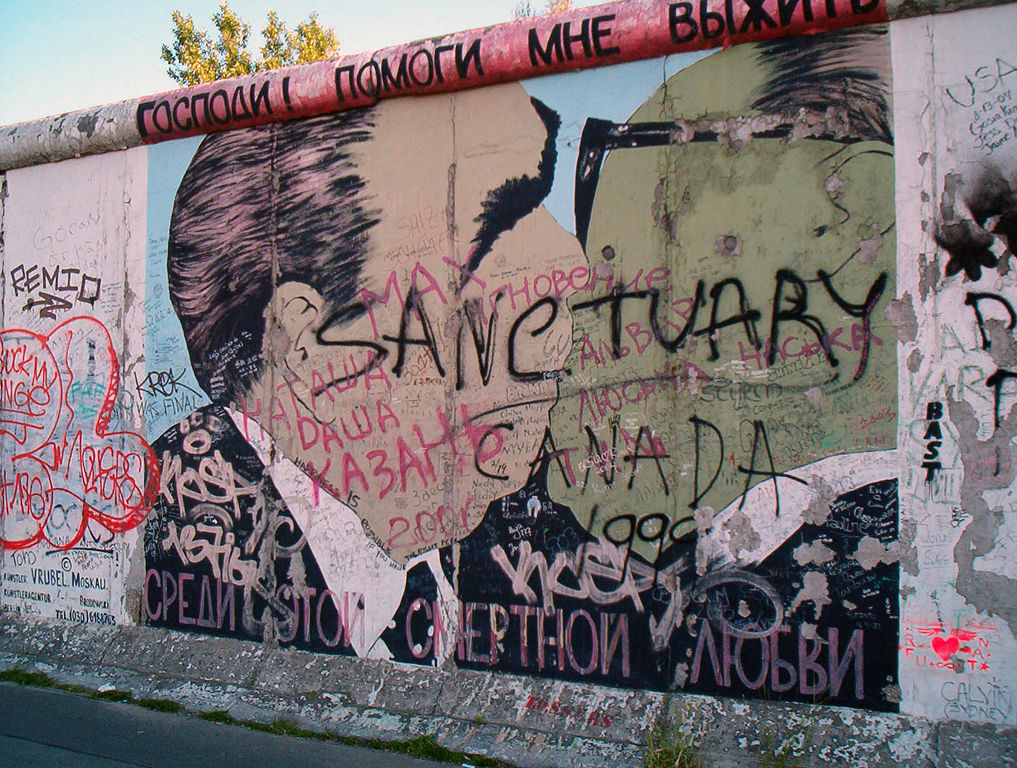 A San Antonio, TX mural captures many different ethnicities dancing together. The mural pays tribute to the multiracial music venues there. https://www.texasmonthly.com/issue/september-2022/ 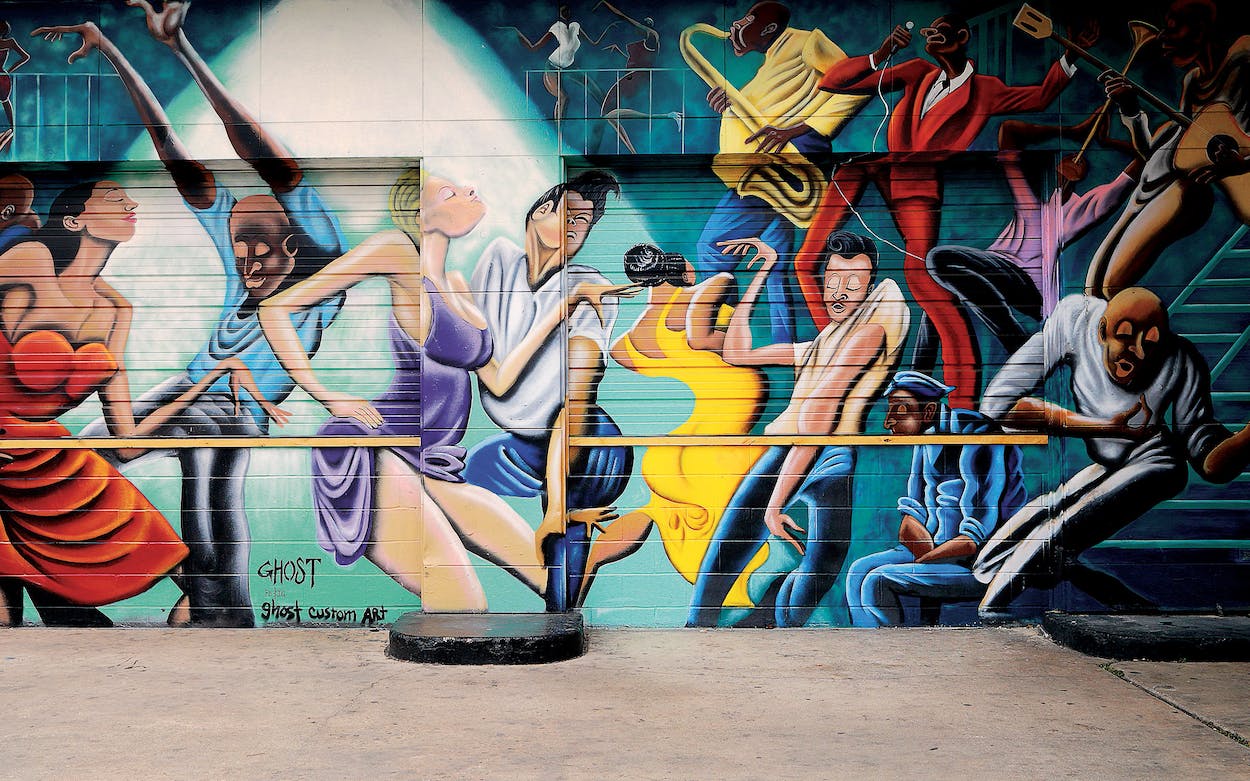 The East Side Bar, 2020, by Gerardo “Ghost” Cazares, at the intersection of New Braunfels and Hays Streets. Dr. Frederick R. Preston/Courtesy of Schiffer Publishing.

Miami artist, Disem, uses his murals to highlight Hispanic sports legends and Latino role models. Below you see him in front of his mural of Jose Hernandez. He was also commissioned to create a mural of Gloria Estevez.

“There is a lot of contrast and simple devices that could be caused by the pursuit of materialism, and all of these things coexist in a beautiful place,” he reflected. “Most of my work has a lot more symbolism in it,” he concluded. “I want them to see that.” Disem hopes others will find meaning in his graffiti. 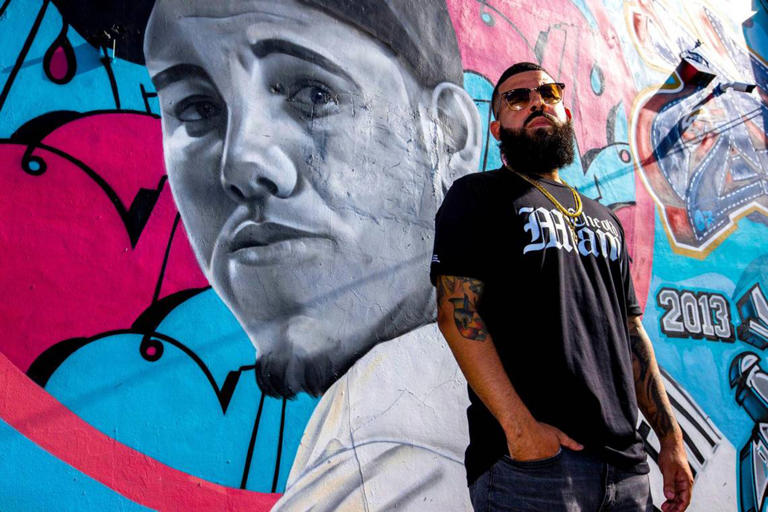 In my own area, Boise has a downtown haunt called Inspiration Alley. The owner of the Olver Russell building started adding figures he thought inspired others. His simple message is, “There are inspirational people out there in the world who put their values into place through action, even if there’s sacrifice required, and we all benefit from those actions ultimately,” Stoddard said. Inspiration Alley (citylifestyle.com) 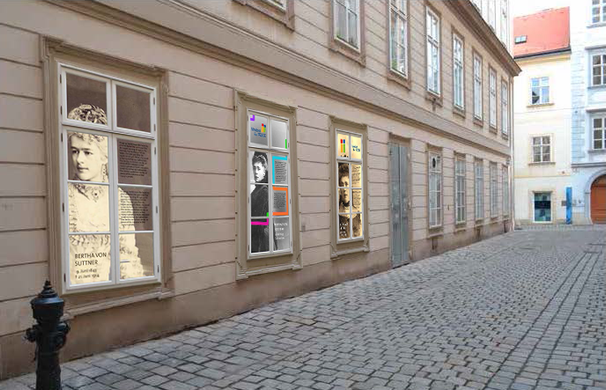 This idea is similar to the Windows of Peace in Vienna. Windows For Peace – Vienna, Austria – Atlas Obscura Murals are everywhere whether you are taking in the sights along Route 66 Murals help kick up interest in Route 66 towns such as Edwardsville | Arts and theater | stltoday.com or kicking around Europe, do not overlook the artwork that may be staring back at you.

3 thoughts on “Wherefore Art Thou? (Art in odd places)”