Why does it seem like most of the German words we hear in America sound  like someone just sneezed? I know the Germans are famous for compound words. String a list of words together that represent everything the item could be and you have a typical German word.

A couple weeks ago, I was introduced to another of those German compound words. Heilsgeschichte. In brief, it means salvation history. The Merrian-Webster.com Dictionary describes it as “as interpretation of history emphasizing God’s saving acts and viewing Jesus Christ as central in redemption”.

When I first heard the word, I thought it may translate as “holy writing” since the heils sounded like heilige I learned as part of the Christmas carol, Silent Night Holy Night (Stille Nacht, heilige Nacht) and I confused geschichte  with schreiben which means to write. I don’t pretend to know the German language well and haven’t had a German class since the 1970s so forgive me.

Even though Heilsgeschichte is a German word, it has been adopted among English-speaking scholars in areas of religious history and is recognized by German Biblical scholars for salvation history.
Essentially, the term reflects Jesus as the fulfillment of the prophecies and the hope of salvation (Matt 13:16–17). Salvation history awaits its final completion in the second coming, the resurrection, and judgment. Meanwhile Jesus summons men to repentance and total commitment. Salvation History (Heilsgeschichte) | Encyclopedia.com

The term Heilsgeschichte was coined in the mid-eighteenth century and later used by Johann Tobias Beck. He was known as a critic of both left and right wing Christian groups in Germany in the 19th century. His polemical style centered around “biblical realism,” which considered the scriptures as an integrated system in and of themselves, an unconditional authority over both Enlightenment-style reasoning and ecclesiastical confessions. Johann Tobias Beck – Wikipedia

Heilsgeschichte emphasized the importance of each stage of the process because each became a part of the whole. As new approaches to history developed, the Lutheran theologian J.C.K. Hofmann offered some revisions in his use of the term. Hofmann’s contribution to the history of Christian theology resides in four main areas: his reflections on biblical hermeneutics, his understanding of the Bible as “Heilsgeschichte” or “salvation history”, his understanding of the atonement, and his renewal of trinitarian theology in the wake of Schleiermacher’s dogmatics. 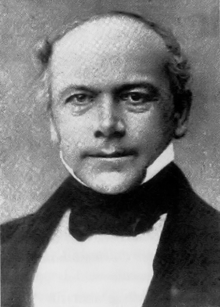 More recently the idea of Heilsgeschichte has served to help theologians out of the corner into which historicism had forced them. Refusing to relegate the Bible to a purely human and therefore completely relative phenomenon, theologians such as Oscar Cullmann have once again turned to the Heilsgeschichte approach. According to this view, the events in the biblical narratives point to an increasing awareness of God’s saving work in history and confront the believer in the present with divine challenge. Free Online Bible Library | Heilsgeschichte (biblicaltraining.org)

I am sorry if I took you down a heavy theological road today. The actual Bible study where I learned the word simply hit highlights of familiar stories throughout scripture that all pointed the way to Jesus. The leader was delightful and witty and although informative did not have a heavy theological flavor. As your ear attunes to new German terms bantered in American culture, feel free to share them with me and we can explore them together.