If you are exploring this summer and do not want to spend the money to drive too far, you can probably find an area cave to spelunk.  As an Idaho gal, we have various lava tube caves in the area. A local community even uses their cave as the inspiration for their school mascot, the Kuna Kavemen. 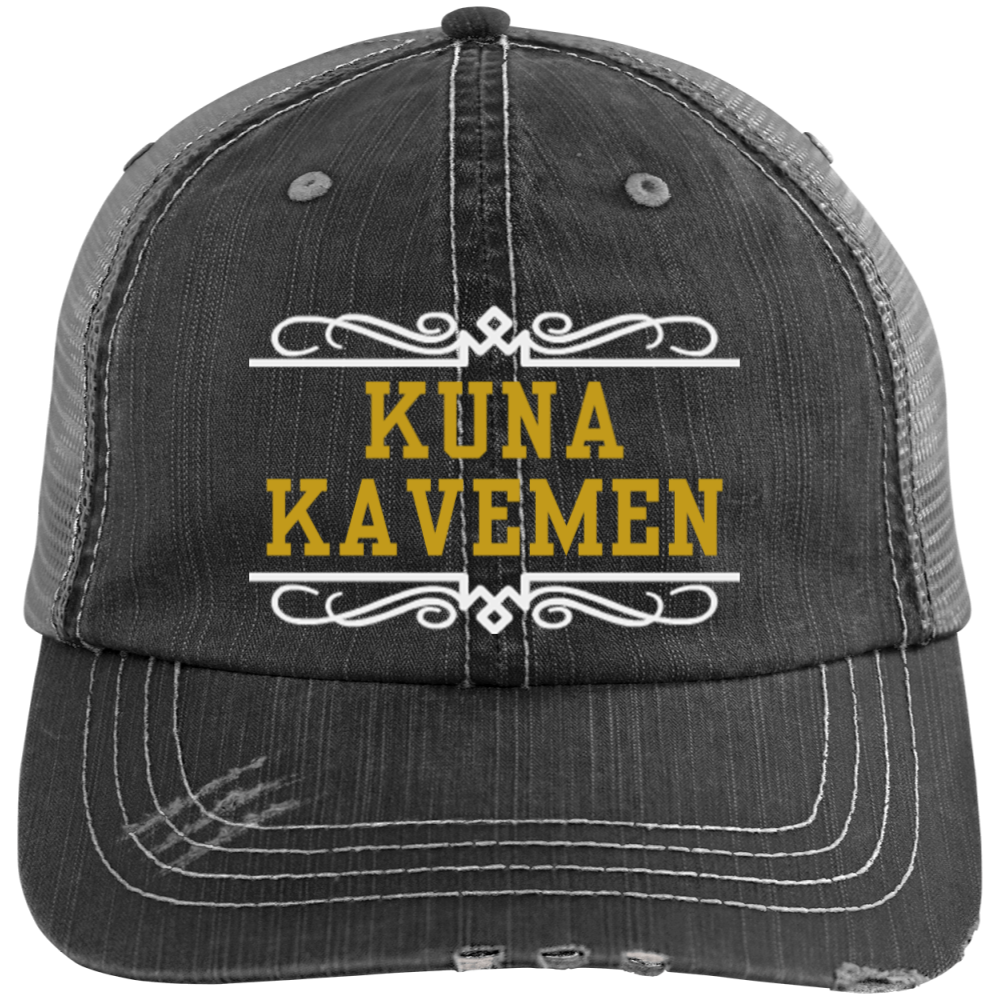 A small town, more south-central Idaho is home to the Shoshone Ice Cave and the Mammoth Ice Caves. The caves stay at a constant 41 degrees and were used for ice production before the age of refrigeration. Whereas the Kuna cave is not as accessible, these others offer guided tours and have museums. 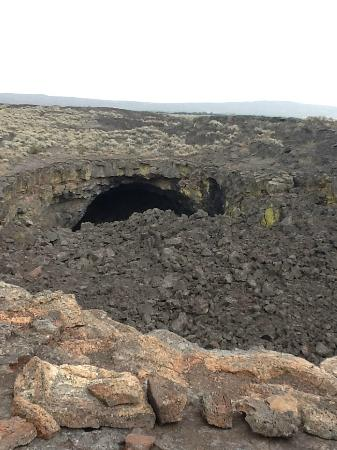 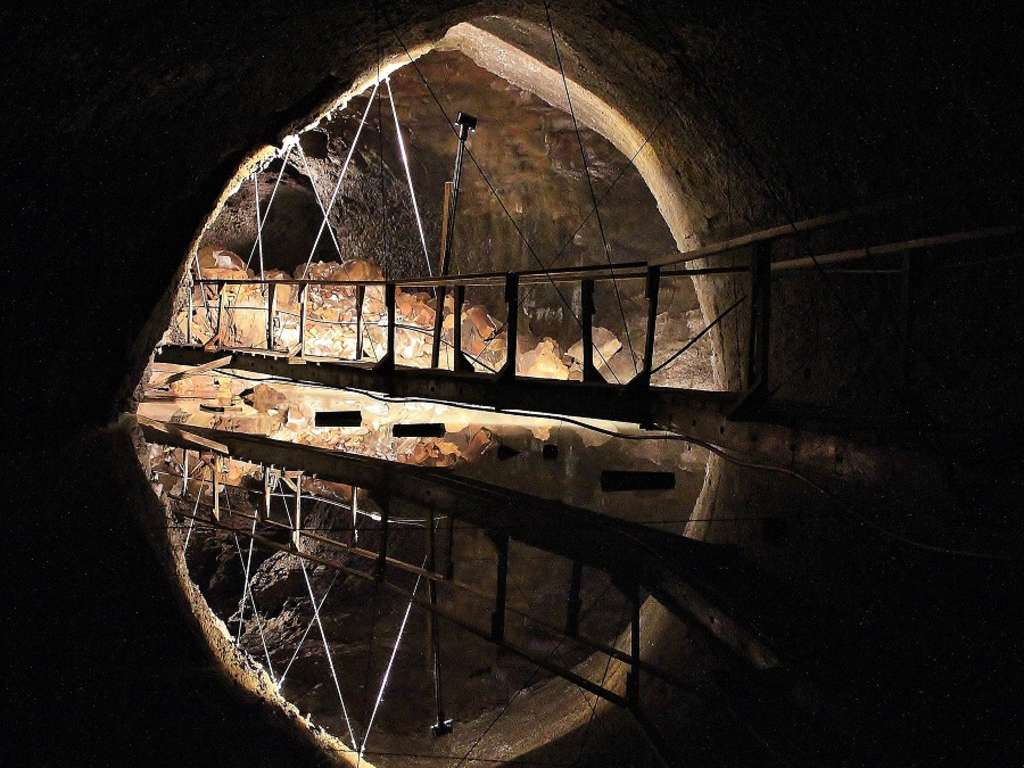 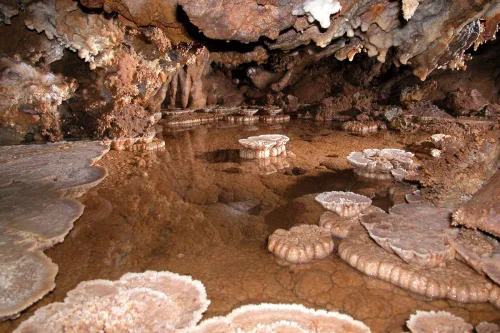 Besides refrigeration and exploring, caves have also been used over time as dwellings. In 1855,  a village of cave homes were inhabited by about 2,000 people in Langenstein, Halberstadt, near Germany’s Harz Mountains. Five of the ten caves have been preserved  and are available for tours. There are other cave homes in the region not far from where the castle of Langenstein – the Altenburg – once stood. 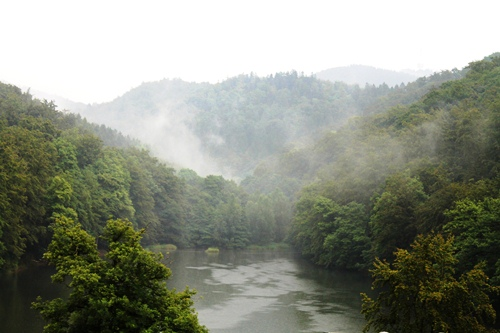 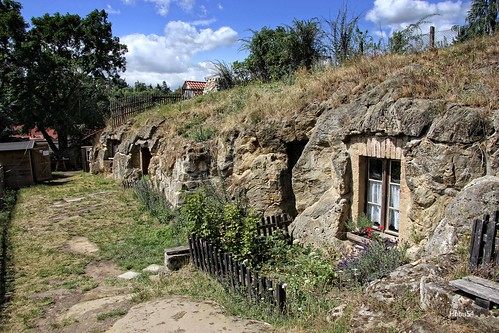 “There were natural caves there that people lived in from around 1787 until 1916, with postal addresses and everything,” says Helmut Scholle. “Those were our first inhabited caves.” One Altenburg cave has been preserved and is open to the public too. How 19th-Century German Farmers Turned Caves Into Homes – Atlas Obscura

As Germany underwent rapid industrialization and urbanization in the 19th century, the population more than doubled, and land seizures and unemployment were severe. In the middle of the century, the Langenstein manor and neighboring land was owned by the Rimpau family. August Wilhelm Rimpau sought workers to work for him but there was a housing shortage. Thus the cave homes provided a solution for many. 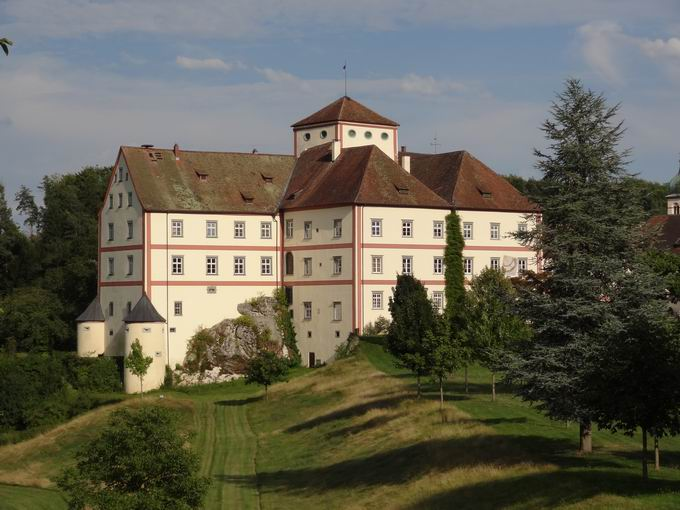 In exchange for a little over a month’s salary, the workers could reside in the homes they built in the caves as long as they lived. “The workers spent all day on the fields and in the evening they worked on their home,’ says Scholle. Most families took a year and a half to finish their home. The last of the cave dwellers died in 1910. “Ownership was not transferred to their descendents, so the caves became property of the municipality.” Since that time, the dwellings were sued as cellars until the German reunification in 1990, or bought by individuals who built regular houses in their place. One cave was filled with concrete and a new house was built on top.  How 19th-Century German Farmers Turned Caves Into Homes – Atlas Obscura. 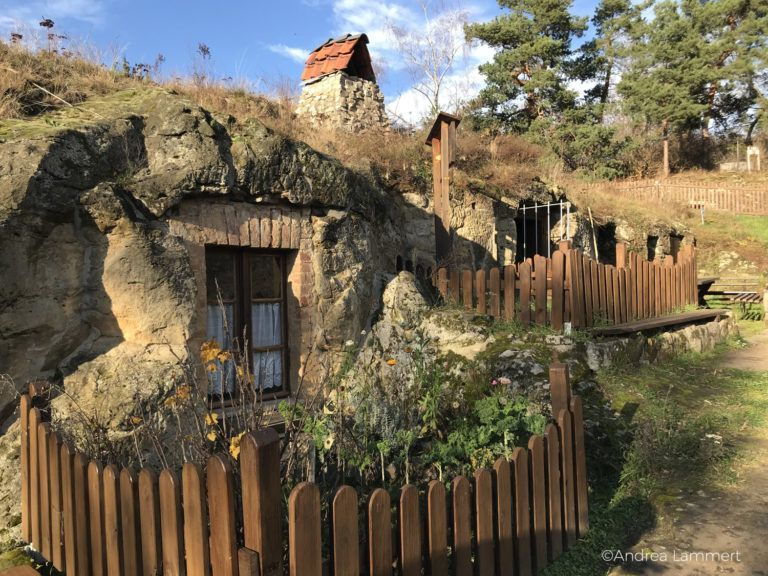 Currently, the Langensteiner Hohlenwohnungen care for the cave dwellings. It is owned by the municipality. “These caves are such a unique feature of the German-speaking world, and we decided that we had to preserve them for all those that come after us.” Scholle says that the cave dwellings are quite popular. 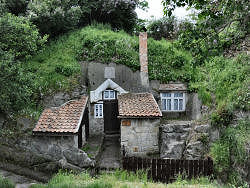 There are other underground dwellings around the world. The ancient Mesa Verde, CO site demonstrates how the Native Americans used caves. In 1905 a Sicilian immigrant started an underground dwelling near Fresno, CA. Baldassare Forestiere, added to his dwelling most of the 40 years he lived there as he worked on farms in the area. It is now open to the public. 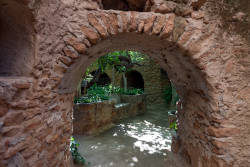 So, wherever you go, near or far, I hope you find someplace new to explore this summer.