This Sunday our church was celebrating Pentecost. During the children’s message, the speaker demonstrated how people of different languages could understand each other by pointing to sections of the congregation and telling the children, “What if this group only spoke Spanish, this group Japanese, this group Greek and so forth.” One of the children wanted to know what language the kid’s group spoke and someone in the congregation shouted “German!”. A little boy of about three started to giggle. I don’t think he had heard of the word German before and thought it sounded like they were “germs”.

This got me thinking. What is the origin of the word German? After all, the Germans call their country Deutschland, not Germany. What is the etymology of the word German?
There are a number of threads in this search. In 1300, Old French used the word germain to say someone was born of the same mother and father or were closely related. In the twelfth century, the Latin germanus was used for full brothers, genuine, real or true. It is related to another Latin word germen which means sprout or bud and is a derivative referring to procreation, familial and tribal groups. Middle English used Germayns in the late 14th century for ancient Teuton or members of Germanic tribes.  german | Etymology, origin and meaning of german by etymonline

Roman writers used Teutoni as a German tribal name. Latin writers about 875 often referred to the German language as the teutonicus. The Teutonic Knights founded in 1191 formed for service in the Holy Land crusades. The Teutonic cross (1882) was the badge of the order.  Later, writers would use the Teutonic reference in order to distance themselves from their political associations. Teutonic Knight – World History Encyclopedia  For instance, in Fitzgerald’s The Great Gatsby, Nick describes the German immigrants as “a delayed Teutonic migration”. 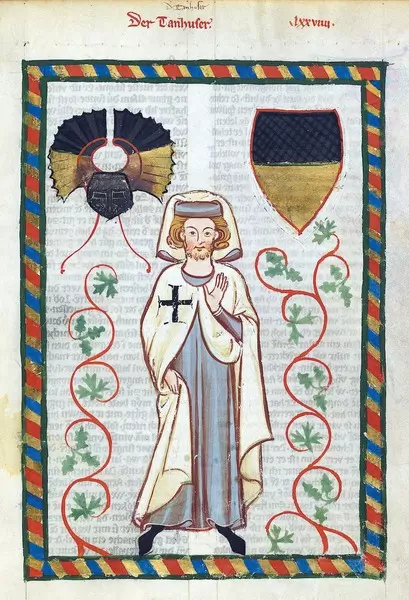 The Celtic or Gaulish origins that have been proposed for the name means “noisy” like the Old Irish term garim which means to shout or gair for “neighbor”.  german | Etymology, origin and meaning of german by etymonline Since my maiden name is Neunaber – pronounced new-neighbor in English, I like the second definition best.

The name the Germans use for themselves in die Deutschen and dates from 12th century Roman writers who used Teutoni. The word Deutsch derives from diutisk  which pertains to the people or tribe. Deutschland – Wiktionary  Many of the Germans who immigrated to the US were referred to as Dutch because of their mispronunciation or understanding of the word Deutsch such as the Pennsylvania Dutch.

As for Germans being compared to germs? The etymology does have a familiar stem. Remember the mid 15th century Latin definition of “bud or sprout”, it is the same one that in the 1640s is used for the “rudiment of a new organism in an existing one”. The germ is the offshoot, bud or sprout that gives birth to more. In other words, by 1871 it was used as the beginning of “harmful microorganisms”. The term Germ warfare was first recorded in 1919. So, Germans and germs are only related in the sense that they both beget family groups. Germans carry no more germs than any other nationality.

One thought on “German Germs?”