Americans complacently wait for the crossing light to flash a  green stick figure at us to cross a busy city street. The Germans have been more creative with their light system since 1961. The Ampelmannchen (or little traffic light man) was officially introduced in Berlin before the days of German unification and is one of the symbols in East Germany that remains. Early lights used cheap decals but were relegated to ariston shops by 1973. Ampelmännchen – Wikipedia 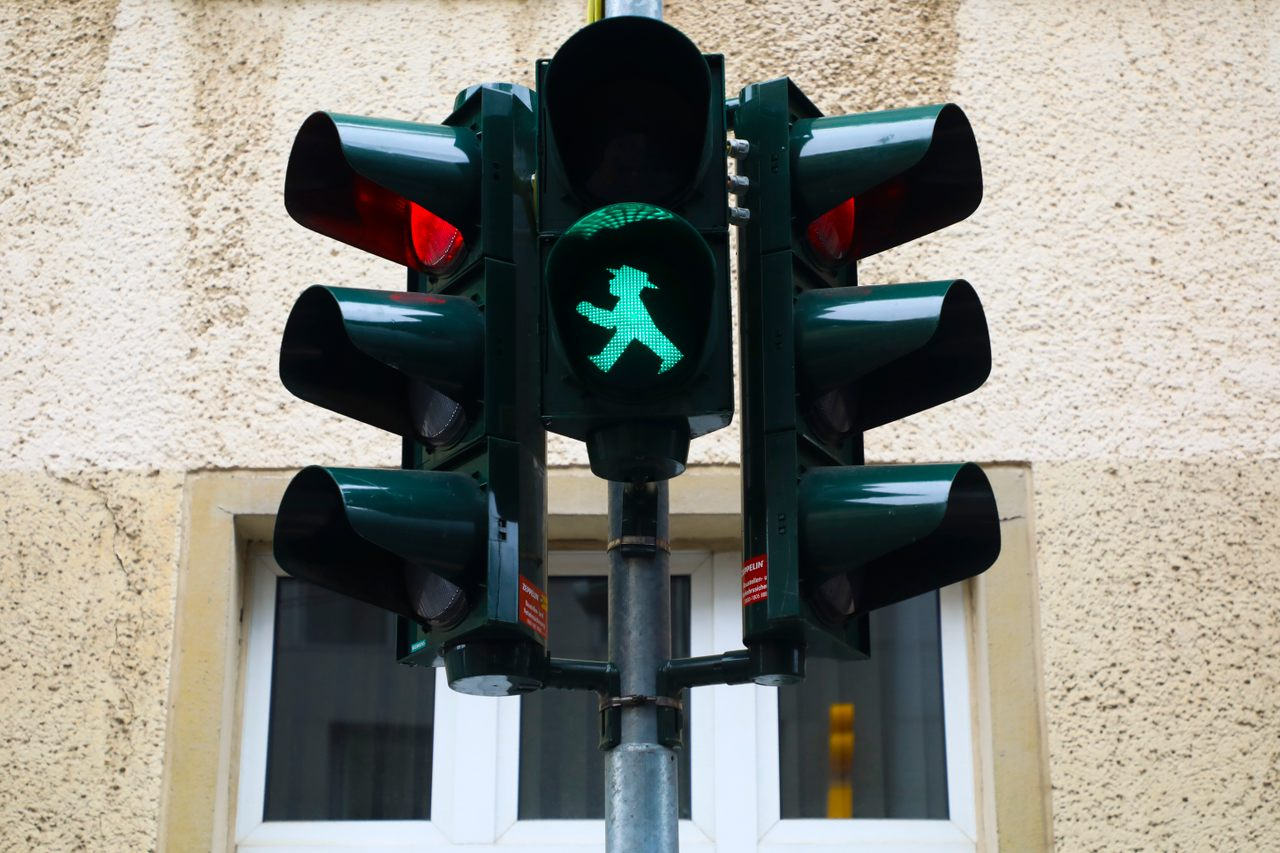 A Daniel Meuren article in the Der Spiegel decades later, described the Ampelmannchen as uniting “beauty with efficiency, charm with utility, sociability with fulfillment of duties”. The figure reminded folks of a childlike image or a religious leader. Ampelmännchen – Wikipedia The inventor, Karl Peglau said, “At the time there were no pedestrian traffic lights of their own. People followed the signals for the cars, which brought some dangers.”Ostalgie: The red-green coalition – DER SPIEGEL

The figures took on a life of their own with they were partly animated and broadcast once a month as part of an East German children’s television program.  The Stiefelchen und Kompasskalle show used the figures as a teaching tool. http://www.youtube.com/watch?v=QndlvOhVdxE  The broadcast had one of the largest viewing audiences in East Germany and raised international interest and won a special award from the Czech festival in 1984.
At the time of Germany’s reunification (1990), consideration was given to unifying the Ampelmannchen across Germany so all pedestrian lights used the same symbol. However designer Karl Peglau explained the public reaction to wanting to keep the unique Ampelmannchen in 1997:

It is presumably their special, almost indescribable aura of human snugness and warmth, when humans are comfortably touched by this traffic symbol figure and find a piece of honest historical identification, giving the Ampelmännchen the right to represent a positive aspect of a failed social order. 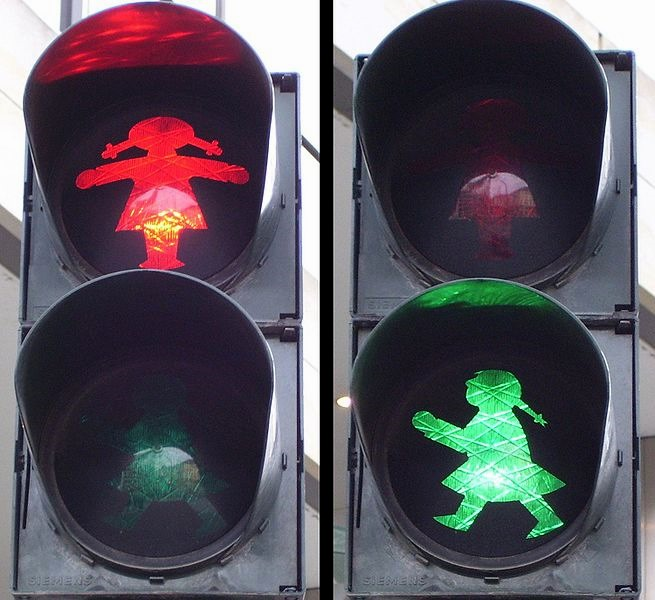 The lights are now a much-loved symbol of “Ostagie” (East German nostalgia). The more than 60 years of little street crossing men have also inspired women symbols, known as Ampelfraus.

The signs for pedestrian safety also have attracted tourism and devoted followers of souvenirs. 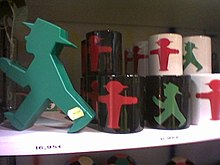 In the Hessen towns of Bad Nauheim and Friedberg, an Elvis Presley Ampelmännchen uses his dance moves to signal pedestrians.  Presley lived in Bad Nauheim and was stationed at Friedberg while serving in the US Army. In Germany, Karl Marx and Elvis Direct Traffic – Atlas Obscura 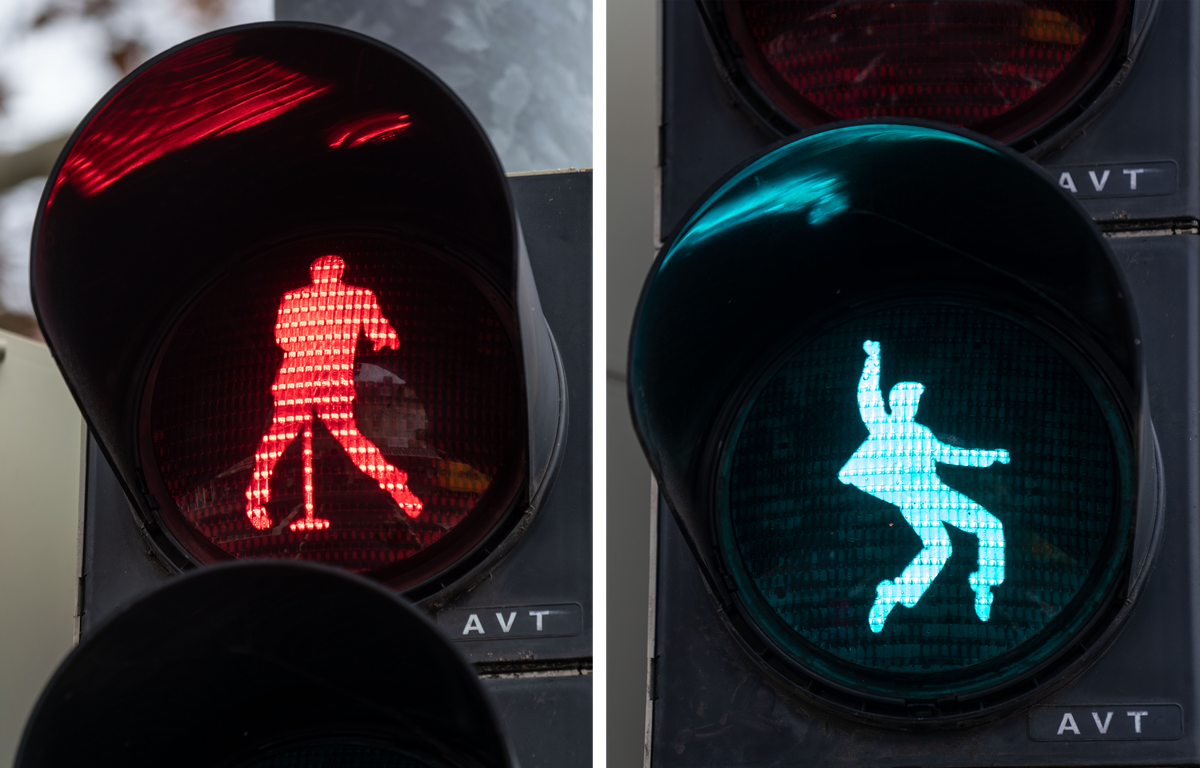 Not to be outdone, the riverside city of Trier in southwest Germany’s Moselle wine region, the crossing guard duties fall to the social philosopher and revolutionary Karl Marx. The city decided that the best way to celebrate the 200th anniversary of the first of its most famous son, was to create an Ampelmannchen in his honor. 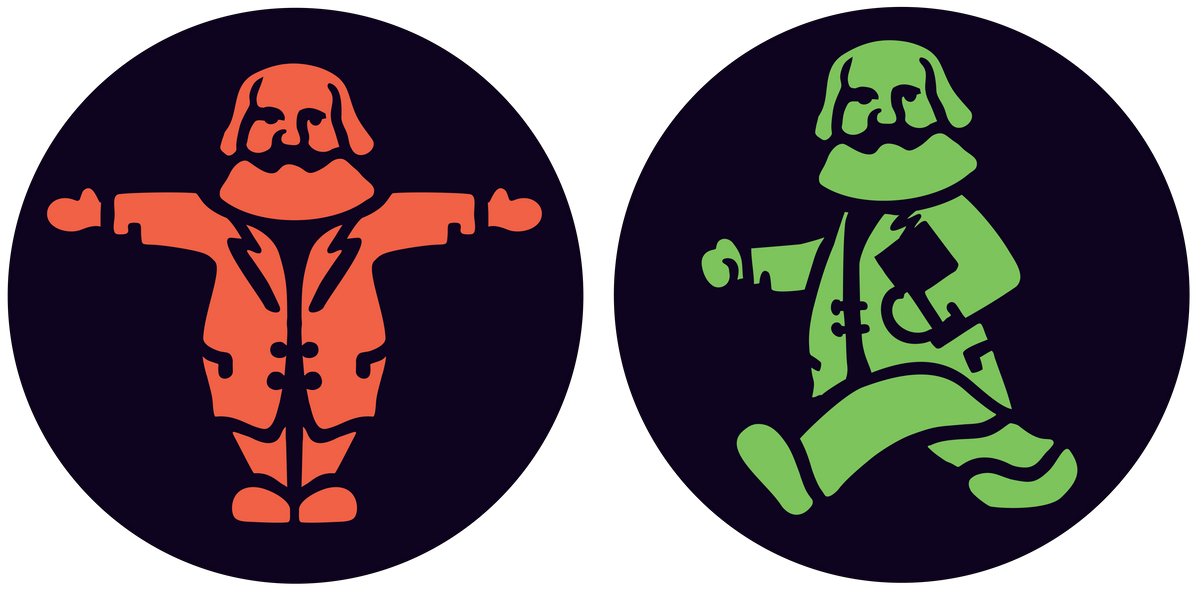 So if your town has a special celebration coming soon, you may think of an Ampelmannchen on your street lights to commemorate the occasion. I think the best we have in our area is elk, deer or moose crossing signs. However, they do not flash and the animals can’t read so they aren’t nearly as cool as the German Ampelmannchen. 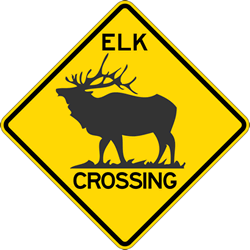 One thought on “Light Walking to Ampelmannschen”