This season is full of religious holidays. Currently, Christians find themselves in the middle of Lent. Catholics are celebrating St. Patrick’s Day on March 17 and the Jews celebrate Purim on March 16.

Purim is a celebration of escaping persecution from King Ahasuerus recorded in the book of Esther. Like many celebrations there is a food delicacy to accompany the holiday. The cookie hamantaschen is enjoyed commemorating this event. The CBS Sunday Morning explained both the event and the cookie in a story this past Sunday. Hamantaschen, a cookie bursting with history – CBS News

The origin of the cookie dates back to 16th century Germany and was called mohntaschen. Mohn means poppy seed and taschen means pockets. They were eaten as a snack in the winter when little else grew. The flower seeds also produced the powerful drug opium but they turned it into jam and infused it into pasties. Thinking Outside the Triangle – The New York Times (nytimes.com)

The name transformed to ha-mohn-taschen, then Hamantaschen, or Haman’s pockets. The play on works symbolized the villain Haman’s pockets full of the money he exchanged for permission to destroy the Jews. In Hebrew, the word for “weaken” is tash, so hamantaschen is eaten to recall the weakening of Haman and a symbol of hope that God would weaken all adversaries of the Jews. Apparently, medieval German Jews were suckers for a good pun.  This Old School Hamantaschen Filling Might Be Our Favorite | The Nosher (myjewishlearning.com)

The shape of the cookie resembles a tri-cornered hat and they are sometimes referred to as Haman’s hat although he never wore any such hat. In modern times the fillings can be as varied as your imagination but in medieval times poppy seeds were cheap and familiar in many dishes amongst the Hungarians, Germans and Czech states. This Old School Hamantaschen Filling Might Be Our Favorite | The Nosher (myjewishlearning.com)

Early versions of the cookies were more commonly known as oznei Haman, meaning “Haman’s ears.” The late Jewish food historian Gil Marks’ Encyclopedia of Jewish Food traces that phrase — but not the cookie — to the Roman scholar and poet Immanuel ben Solomon (c.1261-1328) who, thanks to “a misinterpretation arising from the medieval Italian custom of cutting off a criminal’s ear before execution,” argued that Haman’s ears had been cut off after he was hanged at the end of the Purim story.
The name caught on thanks in part to Eliezer Ben‑Yehuda, often called the “father of modern Hebrew,” for his efforts to promote the ability to speak the language in the modern world, according to Aaron Panken, President of Hebrew Union College-Jewish Institute of Religion. 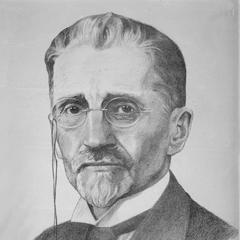 There are many recipes for this cookie online and it is touted to be easy to make although I must admit I had not ventured into the kitchen to bake any myself. I am including a Kosher link for them if you want to try it. These are filled with apricot or prune butter but if you are adventurous, try any other filling that suits your pallet. Hamantash | Recipe (kosher.com)