I live in a cabin in the Idaho mountains so when the family comes up to stay, the first choice for breakfast fare is pancakes.  For Christmas, I made the grandkids special reindeer pancakes but usually I do not stray far from blueberries or chocolate chips to make them special.

It seems that the idea of pancakes dte back to prehistoric time and has been a popular mainstay in people’s diets ever since. Ancient Greeks and Romans ate them with honey and Elizabethans ate them with spices, rosewater, sherry, and apples. The Long, Surprising History of Pancakes. By the time they arrived in the American colonies, pancakes were known as hoe cakes, johnnycakes or flapjacks. 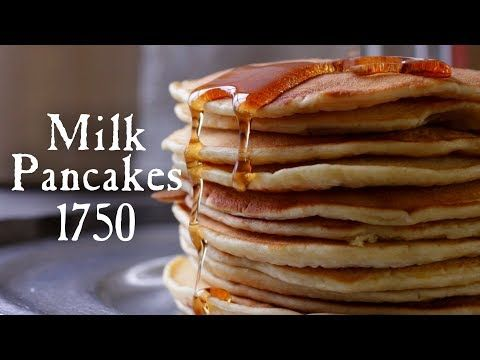 Pancakes traditionally are eaten in quantity on Shrove Tuesday, also known as Mardi Gras or Fat Tuesday. That is the day before Ash Wednesday. Both are this week. Shrove Tuesday was a good day to eat pancakes because people could use all the ingredients they were not supposed to consume during Lent such as eggs, dairy and meat. Christians used “shriving” as a way to confess their sins and receive absolution. Traditionally, they give up certain indulgences during the 40 days of Lent before Easter. Shrove Tuesday 2019: Meaning Behind It; Top Facts About Pancake Day 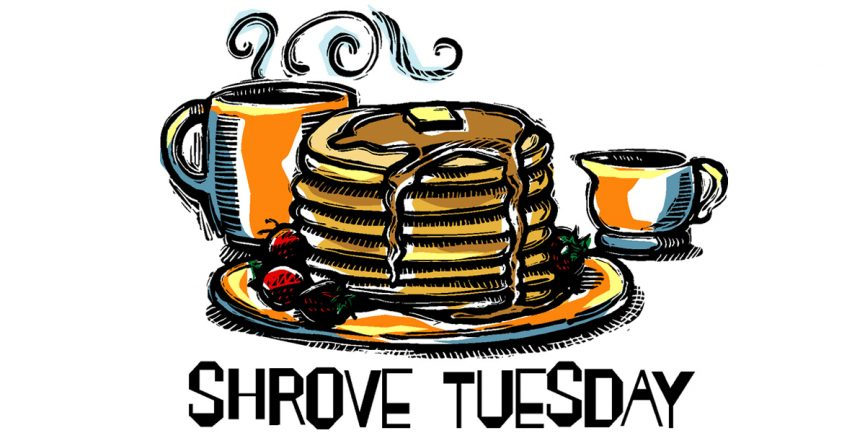 There are multiple variations of pancakes around the world. The German American Pancake Day is also known as Fastnacht Day. Shrove Tuesday 2019: Meaning Behind It; Top Facts About Pancake Day .  In Germany, the German pancakes are known as Pfannkuchen in most places except Berlin and Saxony. There, they are known as Eierkuchen. They are thicker and served with sweet or savory fillings.  Fried apple rings covered by pancake dough and served with cinnamon are called Apfelkuchle. Pancake – Wikipedia 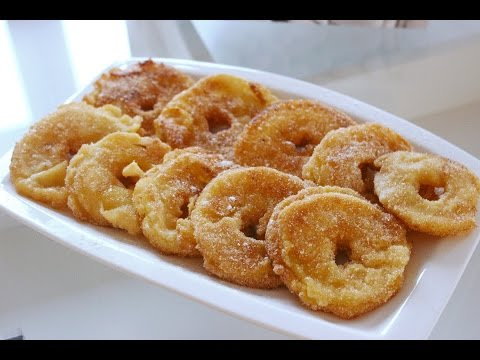 Another variation popular in Bavaria and former Austria-Hungary called the Kaiserschmarrn. It is usually split into pieces and filled with nuts, sprinkled with powdered sugar with a fruit sauce.Pancake – Wikipedia The name Kaiserschmarrn means Kaiser (emperor) and Schmarren is scrambled or shredded. Schmarren is also a colloquialism for trifle, mishmash, mess, rubbish, or nonsense. This carmelized pancake can be prepared different way. Some versions even soak the pancake in rum (sounds yummy). Kaiserschmarrn is usually eaten as a dessert or served for lunch in mountainside restaurants and taverns in the Austrian Alps. https://en.wikipedia.org/wiki/Kaiserschmarrn 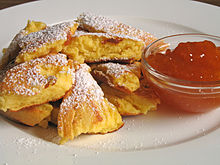 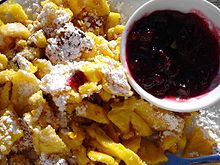 My friend Debbie serves he version of the German pancake to her family and she is allowing me to share her recipe with you since her family loves it so much. Debra Ackley-Hansing says it is the first thing she ever taught her grandkids to make. She says either a 10- or 12-inch cast iron skillet works fine to make them.