When Hamlet was in the library reading, he replied his content was “Words, words, words.” Libraries have always been a fascination for the knowledge seekers and those who appreciate an escape from reality.

I spent the day with my sister yesterday who is a librarian and since I ran across an elaborate German library in my internet wanderings, I thought I’d share with you. 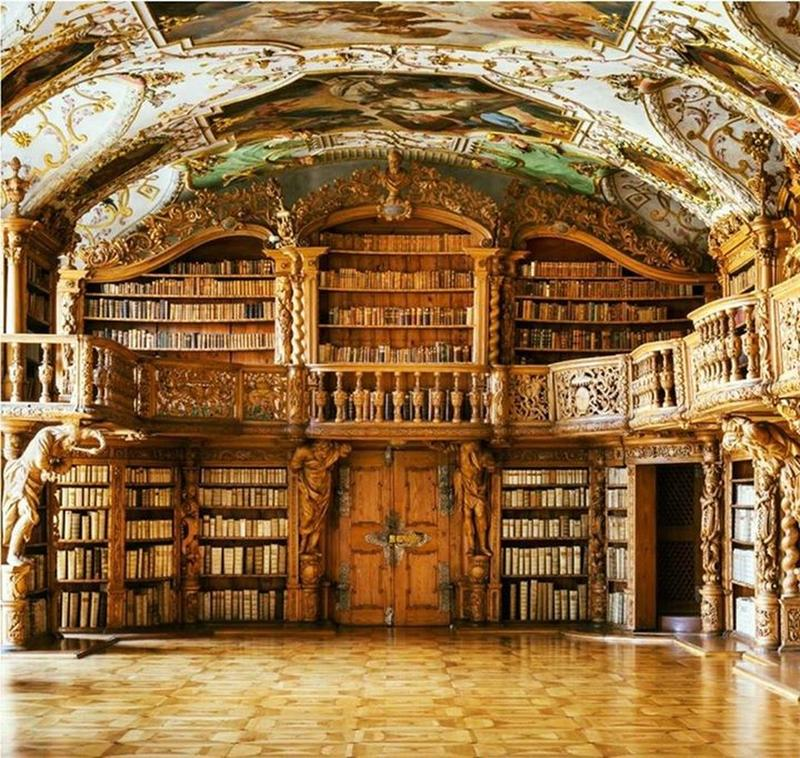 Waldsassen Abbey holds a fascinating fairy tale library. The abbey was built in 1133 and was founded as the first of five Cistercian monasteries in Bavaria. In 1185 Pope Lucius issued a papal charter which threatened several spiritual punishments for possible pillagers or invaders of abbey lands. Waldsassen grew wealthy and soon ruled over 60km and was the center of the Germanisation of the Czechs. This did not stop the repeated plundering over the years, however. Eventually King Louis IV placed the abbey under his protection to restore its economic success in 1354. https://history.fandom.com/wiki/Abbey_of_Waldsassen

Following the next 400 years, the abbey was repeatedly plundered, burned, and partially destroyed. At one point it was secularized, then restored as part of a re-Catholicization in 1628. By 1661, the was beginning to be reinhabited by monks again. After 1681, Waldsassen began to flourish with baroque buildings and a library followed. In 1726 the library was completed. https://history.fandom.com/wiki/Abbey_of_Waldsassen  It remained a male only monastery until 1803. It was converted into a cotton factory until a group of Cistercian nuns bought it back and restored it to its former glory. Waldsassen Abbey is the Fairy Tale Library You Need to Visit (bookstr.com) 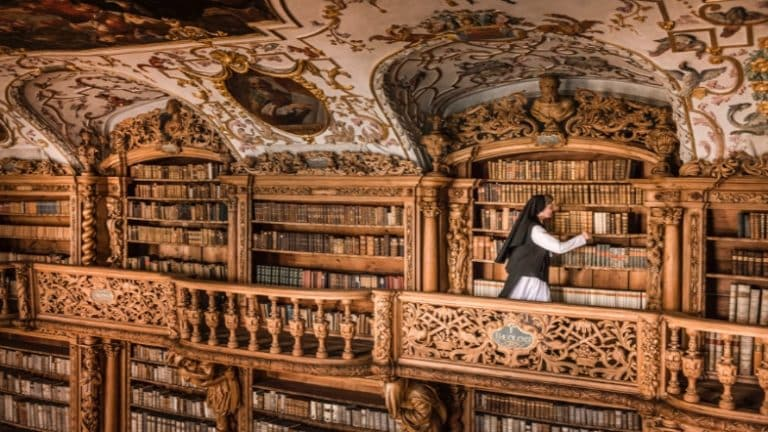 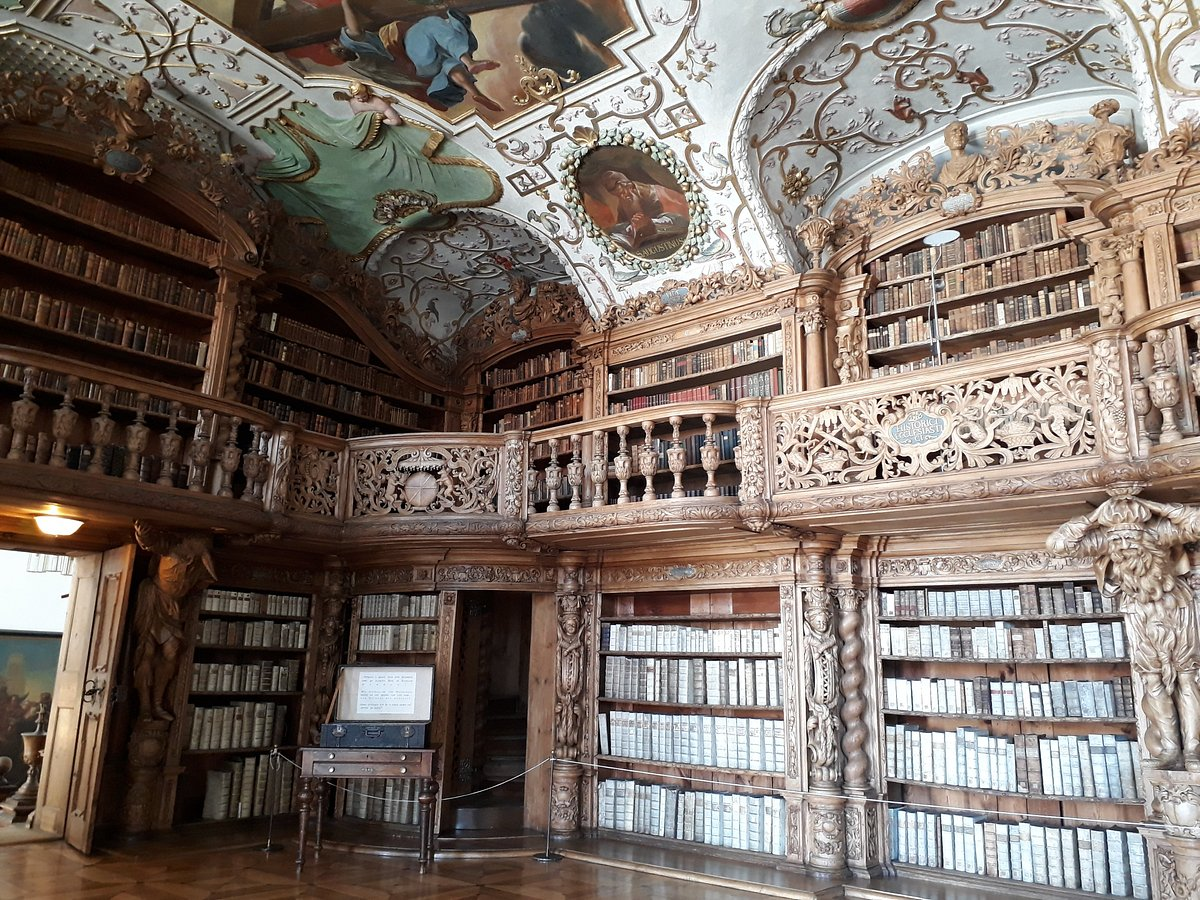 The rich and intricately carved shelves were built in late Baroque and early Rococo style. They hold thousands of volumes bound in white pigskin and dark calfskin. The Ten columns support a balustraded mezzanine with more shelves. Each column is an allegorical figure of a grotesque man bent under their burden of sin such as vanity, ignorance or boastfulness. Waldsassen Abbey, Waldsassen, Germany – SpottingHistory.com 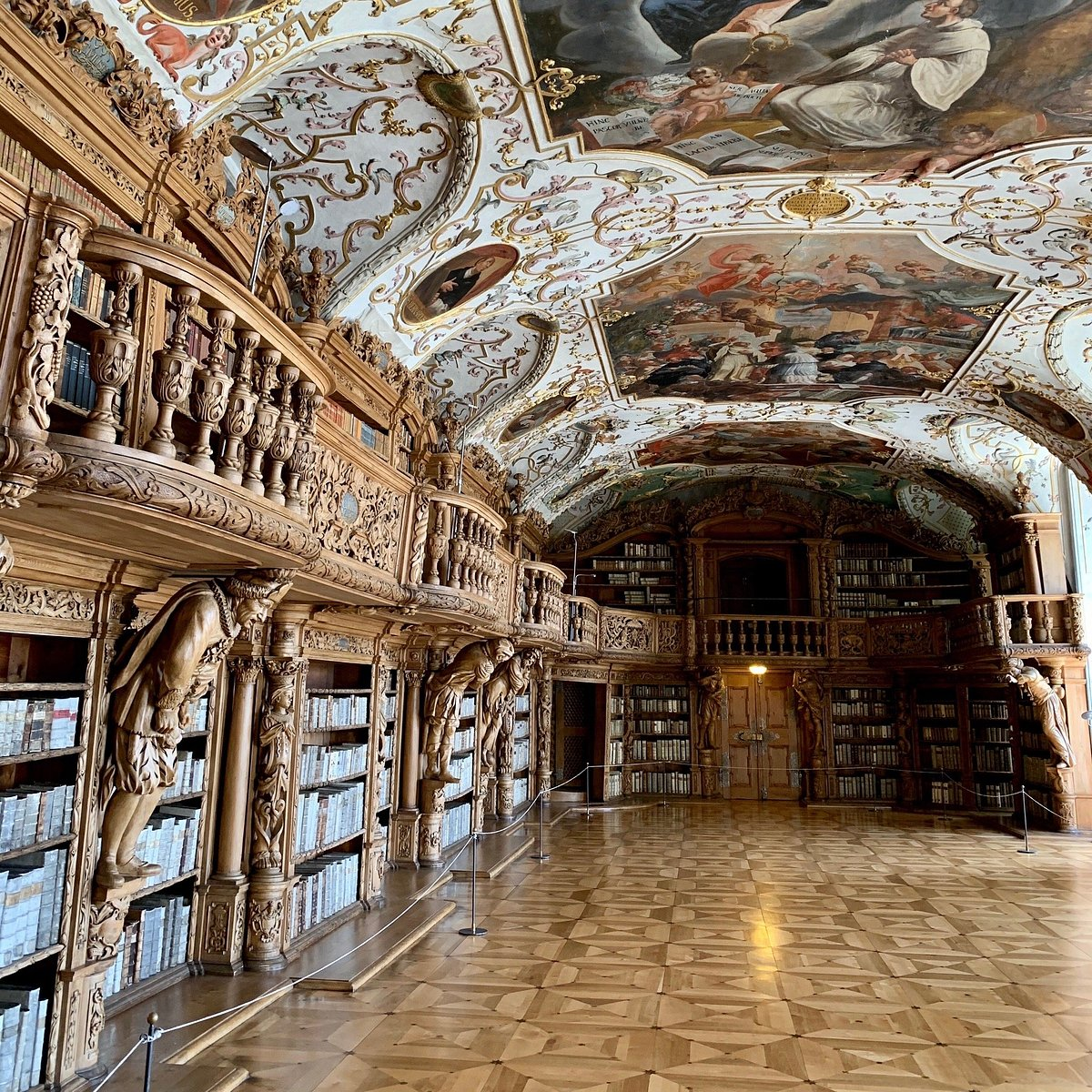 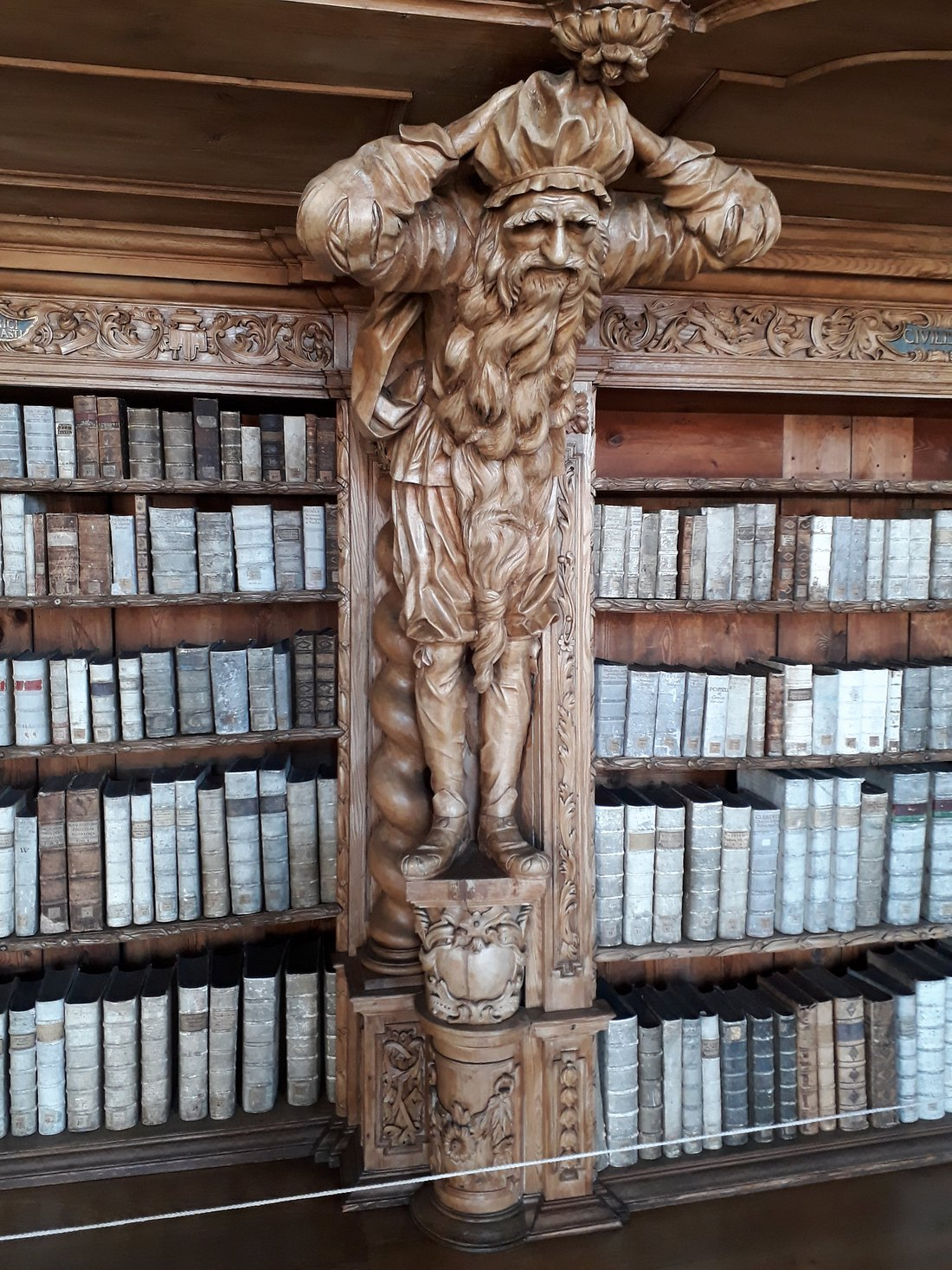 If you plan to visit, you must arrange a Waldensassen Monastery library tour.  Guided tours are available November to March 1-4PM and April to October 10AM to noon and 2- 4:45PM but are closed Monday mornings.  The abbey church hours are daily 7:30 AM to dusk and there is at least one concert a month held there by visiting musicians. On some Sundays, free organ matiness are held at 2 PM. I think it would be worth a visit if in the area for sure. Visit Baroque Waldsassen in the Oberpfalz, Germany (european-traveler.com)