In a previous blog I researched the origins of St. Martin’s Day and someone asked me to do further research about the Beet Lanterns. So I dove down that rabbit hole and you are welcome to come along for the ride/read. 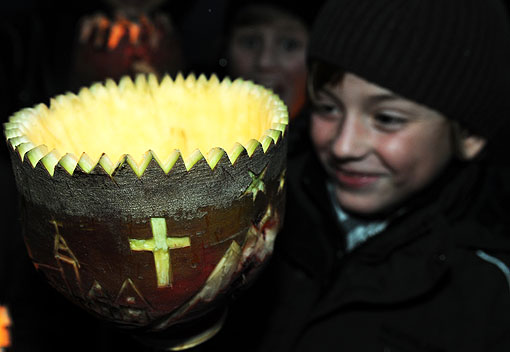 It is possible to look at Beet Lantern carvings as a Germanic alternative to the Halloween pumpkin Jack-O-Lantern. The children of Lorraine, a region bordering Belgium, Luxembourg and Germany, carve sugar beets and place a small candle inside before placing them on the windowsill. The tradition is called ‘les Betteraves Grimacentes or the grimacing beet lanterns. This takes place on the eve of  All Saints Day, November 1, the day of our traditional Halloween. In German, it is called “Rommelbootzen” night of the grimacing beets. Why You Should Carve Root Or Turnip Jack O’Lanterns Instead of Pumkin. 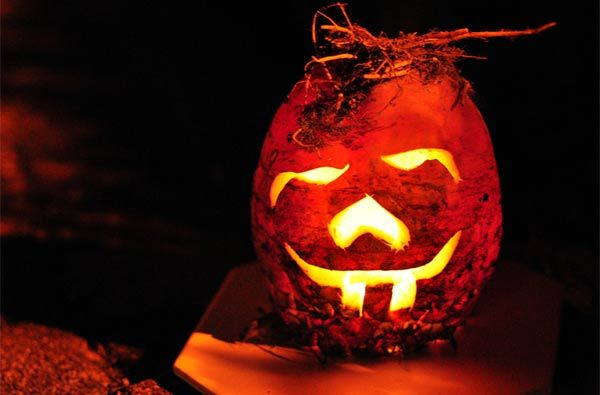 Elsewhere I found it printed as Rommelbootzennaat. The holiday is also celebrated in nearby Saarland, Germany which is a western state along the French border. The holiday originated as an ancient Celtic festival called Samhain. The US Halloween was imported by Celtic Irish migrants in the 19th century as well. Pumpkins are native to the US so the Celtic immigrants carved them into Jack-o-Lanterns instead of using turnips or sweet potatoes. In Saarland, this practice  is celebrated on November 11, St. Martin’s Day, however. Rommelbootzennaat – Night of The Grimacing Beets (mamalisa.com) 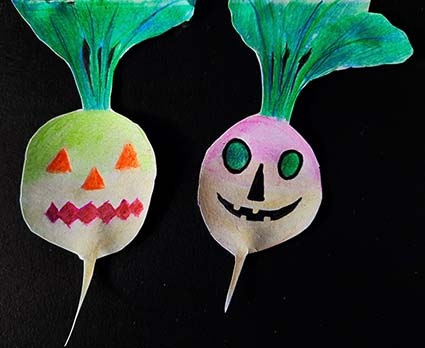 German-born Gabriella, described in her blog what it was like to carve beets as a child.

“My alternative German beet carving was a bit of a tricky mess for us kids. Our elder brothers or sisters assisted often with the hollowing out of the fodder vegetable. Those pumpkins were rather oval and similar shaped like sugar beet. However, their almost grey, very pale complexion made them look ghostlike, indeed.

What about this alternative Halloween pumpkin decorating?

The trick was to leave enough flesh on the bottom of this Germanic version of a Halloween pumpkin to make something like a broomstick take hold in it.

Often our pumpkin alternative broke when the stick was added to it. Making holes for eyes, nose and mouth was no big deal, though. However, it wasn’t easy to place a light inside the beet. But, the illumination was so important. That gave it the ghost look. No ghost lantern festival could be without illuminated fodder or sugar beet.” 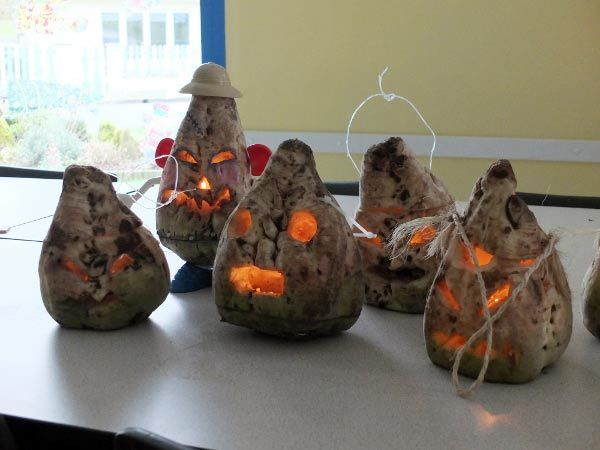 Today, kids buy or build lanterns, normally from paper and not beets (though there is one area of Belgium where they still use beets). They light their lanterns (LED globes) and proceed through the streets, singing songs about St Martin.

Others use similar lanterns to sing in the streets during Advent. 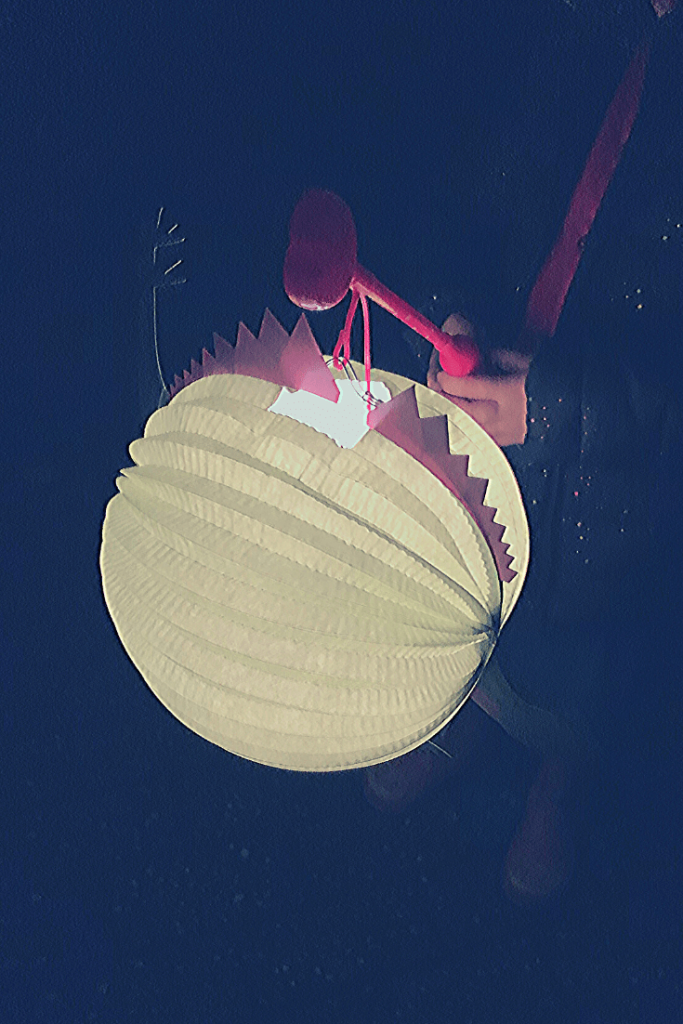 If you do not have sugar beets handy and want to make you own lanterns for the holiday, I found a nice blog that will walk you through the process. I left you the link below. This may be something you can do with the kids over Thanksgiving break