Spring has sprung and allergy sufferers are sniffling away at the blossoming trees and grasses. A sneeze will likely prompt an immediate response of “Gesundheit!”. But why?

In many ways it seems an odd German expression to hang onto here in America. Granted, English is a melting pot of words from everywhere and we have held on to other German terms from doppleganger to kindergarten to sauerkraut but Gesundheit erupts from us almost as forceful as the sneeze itself.

There are many superstitions about sneezes. In the ancient world, a sneeze represented the brief expulsion of a person’s soul leaving a small window for the devil or evil spirits to enter into the unfortunate person. The idea of blessing that person at the time of a sneeze was an opportunity to safeguard them from harm.

The actual job of the sneeze center is to make all these muscles work together, in just the right order, to send that irritation flying out of your nose. And fly it does — sneezing can send tiny particles speeding out of your nose at up to 100 miles per hour! What Makes Me Sneeze? (for Kids) – Nemours KidsHealth This is one of the reasons so many people are concerned about a non-masked sneezer during our COVID 19 pandemic. Those particles can fly.

Pope Gregory I (590-601), the namesake of the Gregorian Chant, became pope after his predecessor died of the plague. The prevalent recurrence of plague constantly circulated Europe. On Feb 16, 600 Pope Gregory I issued a papal edict ordering everyone within earshot of a sneeze to immediately shout a prayer of blessing. God Bless You Sneeze Response: A Pope, A Plague, And A Proclamation. The “God Bless You”, three word prayer morphed into a ‘to your health’ and then ‘health’ in many languages.

The ancient Romans had a word, salve, which meant “good health to you,” while the ancient Greeks used “long life” as their sneeze response. The Hebrew laBri’ut, the Spanish salud, the Irish slainte, the Russian bud’ zdorov, and the Arabic saha all translate to “health.” God Bless You Sneeze Response: A Pope, A Plague, And A Proclamation. And of course, we have our popular gesundheit from the Germans. If you wanted to say “to your health”, the phrase would be “auf ihre Gesundheit” and that would be appropriate for a toast although the singular word is often used in toasts of beer or other beverages.

The word became more popular in America during the German immigration years of the mid to late 1800s. One hundred years later, most everyone either used it or heard it used here to the point that some Americans don’t even recognize it as a German word. The mother of one of our German exchange students heard me use it after her daughter sneezed and she turned to me wide-eyed “That’s a German word”, knowing I know very little German. She had no idea it was widely used here.

So many Germans lived in the midwest by the twentieth century, I found that one gentleman even was named Gesundheit.

Chicago, Aug. 5. — “Gesundheit, Gesundheit, M. Gesundheit,” droned a bellboy as he walked through the lobby of the Auditorium Hotel. Guests puzzled over his call until Mr. Gesundheit, a traveling man registered from New York, was found. “I have some fun with my name,” he said. “Also some trouble when inquiring for small packages. When I step up and say ‘Gesundheit’ the reply is ‘Same to you, but what’s the name?'”.

How did “gesundheit” work its way into common American usage? – English Language & Usage Stack Exchange In fact there was a Rabbi Yaakov Gesundheit (1815-1878) who was the chief rabbi of Warsaw from 1870 to about 1874.GESUNDHEIT, JACOB BEN ISAAC – JewishEncyclopedia.com 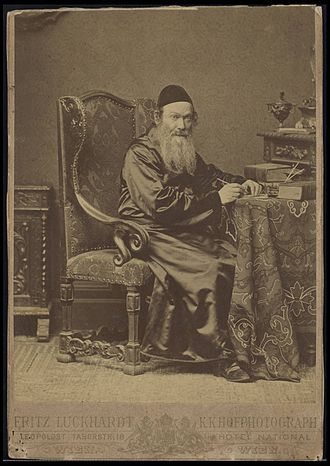 Growing up with the name Neunaber (pronounced new neighbor), I had a similar reaction with being introduced as Terri Neunaber, my new neighbor. A common occurrence since we moved every two years as I grew up.

Interestingly, I found that it, and all German language, was banned in some places beginning during WWI.  One instance of anti-German feeling in this period occurs in this item from the Harrisburg [Pennsylvania] Telegraph (May 2, 1918):

Ban Put on “Gesundheit;” “Have a Smile” Instead

Philadelphia, May 2.—”Gesundheit” is “verboten” in the Art Club.

Everything with the enemy’s taint—even his language—is barred at the Art Club, as the first step to banning German from club circles.

Notices have been posted in the club and sent to members prohibiting “the use of the German language within the club or the language of any of Germany’s allies.” This action bars Turkish, Bulgarian, Czech and Slovak.

It even became dangerous to speak even the simplest of German. Various newspapers in 1917 repeat a (presumably apocryphal) story in which a German immigrant in the United Sates, after promising his wife not to say anything that will reveal his ethnicity, ventures into public and gets beaten up after saying “Gesundheit”when a stranger sneezes. How did “gesundheit” work its way into common American usage? – English Language & Usage Stack Exchange.

Gesundheit seemed to survive both World Wars unscathed however and is as popular as it ever was when the immigrants first brought to American shores. Some have suggested that returning soldiers may have brought back the term causing a resurgence after the war. So if the allergy season finds you with a face full of tissues sneezing your head off, Gesundheit!