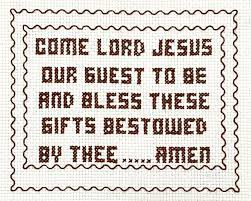 Being that Easter celebrations have passed, I have been reflecting on the Common Table prayer that has always graced our home. I grew up with it and my children grew up with it. Over the years, I have learned not everyone knows the dinner prayer that is so familiar with our family. When guests have been invited to our dinner table, if a child was asked to say the prayer or if a corporate prayer was offered, the Come Lord Jesus  prayer was said. If the guests were not church friends, they often had not heard the prayer before and commented about how nice the rhyming supplication was to begin our meal. It is the easy ‘go to’ prayer in restaurants as well. We always said it as:

Come Lord Jesus Be Our Guest

Let these gifts To us be blessed. Amen.

When I began to research the origin of the prayer, I found it was originally in German.

Aha, I thought. It is part of being a German Lutheran. However, there seems to be more to the story. This was not one of Martin Luther’s collection of prayers to teach the children. In fact, the first time the prayer is found in print it is in a 1753 Moravian hymnal. Being unfamiliar with Moravian, I did a little more digging. 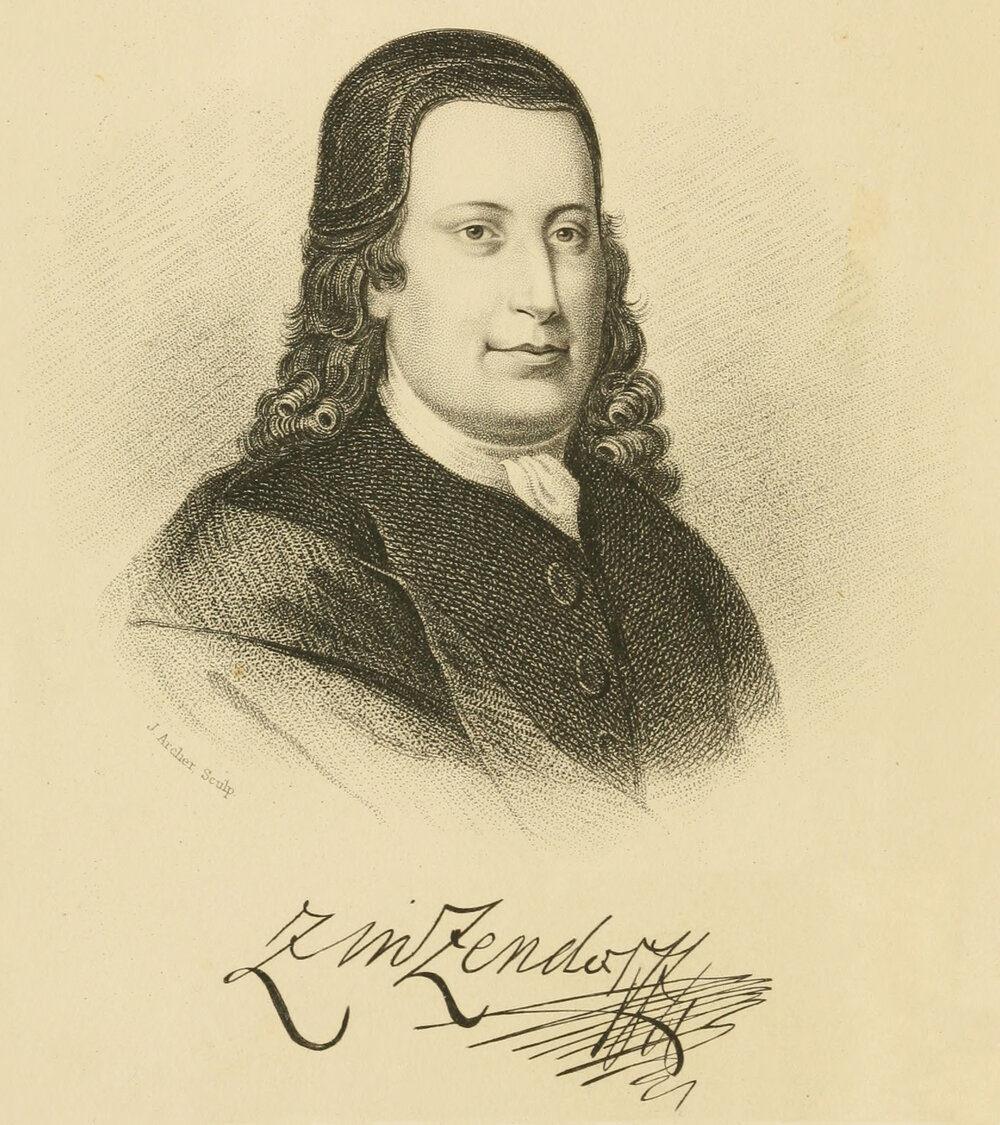 Moravians were protestant before such a word had been coined. They broke away from the Catholic church in Prague in 1415 after the teachings and execution of John Huss. They were considered Catholic Reformed in their day. They were constantly persecuted by the Catholic church and in 1722 a group of immigrants traveled to Germany to escape the Catholic oppression of Czechoslovakia where many Lutheran regions rather than Catholic ones existed. They found a benevolent lord in Count Nicholas Ludwig von Zinzerdorf. He welcomed the impoverished pilgrims, bought his grandmother’s estate and established the town of Herrnhut “the Lord’s watchful care” for them there to settle near Desden. 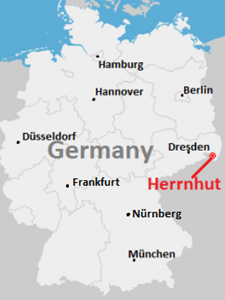 The Moravians championed evangelism and established a prominent presence around the world including Bethlehem, PA and Salem, NC in the US.

The German speaking immigrants published their Moravian Table Blessing. This is the English translation in cross stitch.

Past president of the Lutheran Women’s Missionary League, an auxiliary organization of the Lutheran Church Missouri Synod, Betty Duda (1987-1991) introduced a second verse that is commonly used at their gatherings. I have been told it has been set to music as well.

On Every Table Everywhere.

Other variation circulate around the world. I was told that there is a Spanish version as well.

I hope you all had a blessed Easter and a goodly share to enjoy with your family.