As a child I always wore orange on St. Patrick’s Day. My father insisted. I remember having a pumpkin colored dress that filled this requirement nicely and I wore it to school that day. Of course all the other fifth grade children were wearing green and were ready to pinch me in my non-green attire. But they graciously relented from any pinching when I told them that I had to wear green because my father said we were descendants of Sir William of Orange who was against St. Patrick of Green.

As an adult, I have done a little research about this claim.  First, since my father always touted his German heritage, I was under the false impression that William of Orange was German. There was a German William of Orange (1533-1584) but his beef was against the Spanish Habsburgs, not the Irish. Whether we are his direct descendants, I have not determined that.

Instead, the Protestant Parliament-supported prince William of Orange’s defeated the Catholic English king James II in the Williamite-Jacobite War (1688–1691). Orange supporters were primarily North Irish protestants. The Irish Catholic sported green. The only connection to St. Patrick is because he was a fifth century Roman Catholic priest. He was not Irish but a Roman in occupied Britain. He ended up in Ireland as a missionary to spread the gospel. One of the most notable stories about him is how he used the three-leaf clover to explain the Holy Trinity to believers. 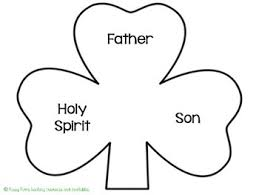 He would have known nothing about the orange or green turmoil in Ireland since he was long gone by then.

The division between the Orange wearing followers and the Green wearing ones is more a matter of religion than nationality. Brought up Lutheran, my family definitely has deep Protestant roots. Maybe my father, as a child, followed his family’s tradition of wearing orange, rather than green, because it was a way of saying, “We are not Catholic”.

Searching today’s headlines about wearing orange on St. Patrick’s Day seems to hold up this theory. Orange represents protestants and green Catholics. In fact, the Irish flag adopted in 1916 has a band of each color, separated by a peaceful white band, unifying both religions in the same country.